An Open Letter to All Presidential Candidates

Watching your debates and speeches of late, it is clear that you are all (with possibly the exception of Ron Paul) missing the point and only continuing to widen the gap between the US Government and the American people.

In some regards, this is not entirely your fault. You all are doubtless surrounded by strategists and experts who ascribe to the dominant economic theories of the last 80 years; namely that Government and monetary intervention can “fix” any economic problems this country faces. Mr. President I know for a fact that your inner circle of advisors is comprised of individuals who owe their current jobs and fortunes to bailouts (Mr. Immelt and Mr. Buffett to name two).

Your strategists are missing the point. Aside from the fact that their own self-interests are completely at odds with those of the American people, they are looking at economic numbers and data as “realities” or stand alone items. This the completely off-base. The economy and economic data are not reality, they are simply measures of the American People’s activity.

With that in mind, you need to actually consider the people, not the data.

The people are already voting whether you realize it or not. They’ve voted with their money by doing the following:

1)   Pulling their money out of the stock market en masse (the mutual fund industry saw investors pull $132 billion from stock-based funds in 2011).

2)   Buying guns (according to the FBI, there were over 16 million background checks in 2011, an all-time record. The FBI has noted that only 1.3% of background checks result in denial of a weapon… so these were gun buyers.)

These two data points tell us one thing: Americans do not buy into or trust the current policies being enacted in the US.

It is easy to see why. Despite record Government deficits, debt levels, and stimulus, the US economy is in the gutter. The following four charts prove it beyond any doubt.

Here’s duration of unemployment. Official recessions are marked with gray columns. While the chart only goes back to 1967 I want to note that we are in fact at an all-time high with your average unemployed person needing more than 40 weeks to find work (or simply falling off the statistics). 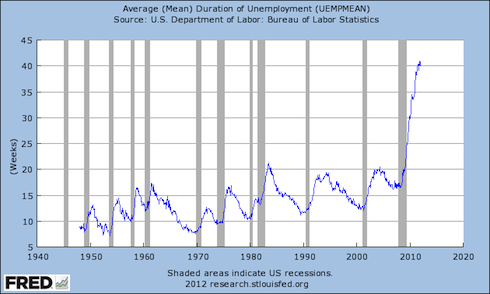 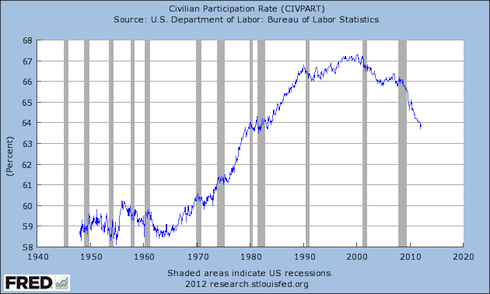 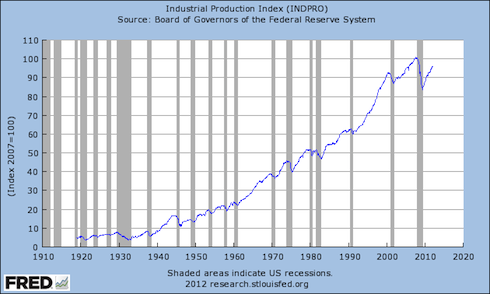 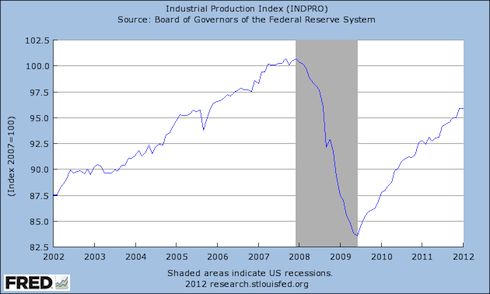 Again, what’s happening in the US is NOT a garden-variety cyclical recession. It is a STRUCTURAL SECULAR DEPRESSION.

This is why most people don’t care about the stock market anymore. Well, that and the fact that a large percentage of the ones running the show in the markets committed massive fraud, earned billions doing it, and have never been called to justice despite admitting they did this.

As for the Depression, the reason we are in a Depression is due to the realities underlying our financial system: namely too much debt. Moreover, the US’s response to dealing with this problem has been to simply add more debt: since 2008, the National Debt has increased over $4 trillion since 2008.

Let’s face the facts… we are saturated with debt on a Federal, State, Local, and Household basis. You cannot solve a debt problem by issuing more debt no matter what your economists and strategists tell you.

For the sake of my letter to you, let’s focus on US Households since they’re the ones who will vote for the next President.

During the housing boom, consumer leverage rose at nearly twice the rate of corporate and banking leverage. Indeed, even after all the foreclosures and bankruptcies, US household debt is equal to nearly 100% of US total GDP.

To put US household debt levels into a historical perspective, in order for US households to return to their long-term average for leverage ratios and their historic relationship to GDP growth we’d need to write off between $4-4.5 TRILLION in household debt (an amount equal to about 30% of total household debt outstanding).

This is the mathematical reality underpinning our economy today.

So how do we solve this?

The only way for us to get out of this mess is for incomes to start rising. And the only way that will happen is if jobs pick up. For that to happen, we HAVE to do two things:

2)   Remove the distrust that Government policies have engendered in the US populace.

Regarding #1, according to the Government’s own data:

In simple terms, the US economy is PRIMARILY comprised of those who decide political elections. They‘re not the ones coughing up $30,000 to have dinner with you, but they’re the ones who decide who will be in office starting in 2013.

And they will vote based on their experiences of the economy, NOT based on the fudged numbers coming out of the BLS.

So, if you want to win the 2012 Presidential Election, you need to focus on these people and win back their trust. And how can you do that? Two simple steps:

1)   Stop bailing out/ permitting the elite to get away with crimes that normal Americans would be prosecuted for.

2)   Stop interfering with small business. Make it easier for small business to start hiring by removing the uncertainty surrounding future benefits/ regulations/ taxes that small businesses will face (why do you think everyone’s hiring temps and part-timers?)

Obviously these moves wouldn’t solve the problems for the US. But they’d go a long ways towards getting us back on track in terms of re-establishing trust in the Government and the system at large.

Trust creates jobs. Trust wins votes. Trust gets the economy back on track, even if it means some short-term pain (defaults/ deleveraging). This country has gotten through a Civil War, Great Depression, numerous recessions, and more. We will get through this latest Depression as well. But this will only happen if we go back to being the United States of America, not the United States of Government Driven America.

Whichever of you figures this out first and acts accordingly, will be the next President.