What Are European Markets Telling Us About the State of the EU Crisis?

If you happened to simply glance over the headlines in the financial media over the last few months, you’d think the European Crisis was over.

Unfortunately for them, the markets don’t seem to agree. Indeed, EU markets have all topped or are in the process of topping and forming downtrends.

Italy stopped being in an uptrend months ago and is now in danger of taking out major support: 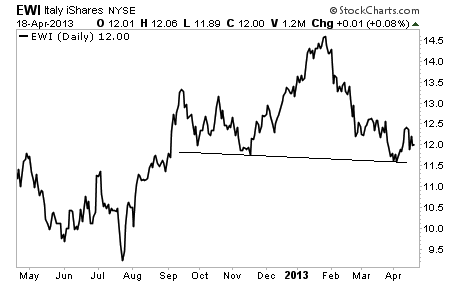 The same goes for Spain’s Ibex: 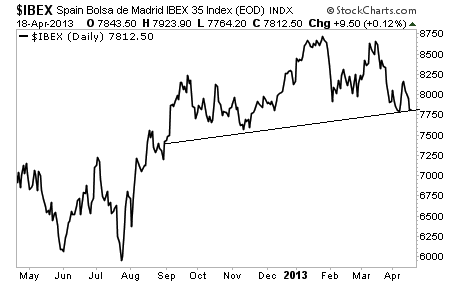 Even Germany’s stock market, the DAX, is breaking down in a big way. 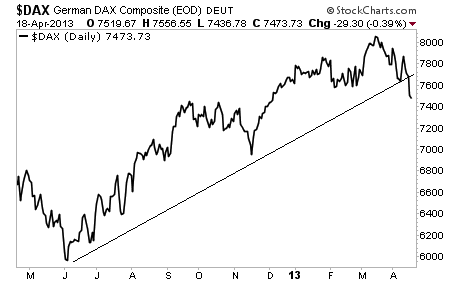 What gives? Isn’t Europe doing great? Didn’t Mario Draghi promise to do everything he could to save the Euro? 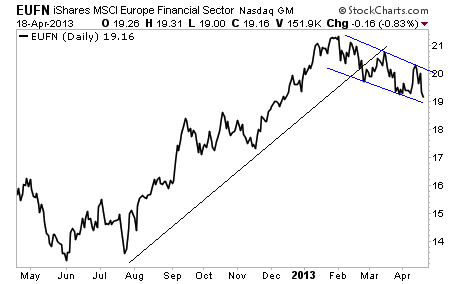 In the end, a Central Banker’s promise doesn’t have the binding power to hold together a $46 trillion banking system together… especially when that banking system is leveraged at 26 to 1.

Investors take note, the markets are sending multiple signals that things are not going well in the world. Europe’s markets are forecasting a nasty summer.