The market is beyond overstretched at this point on a short-term, intermediate term, and long-term basis. The sheer number of warning signals is staggering.

The blow off top out of the rising wedge pattern we noted before is rolling over indicating this is likely a false breakout: 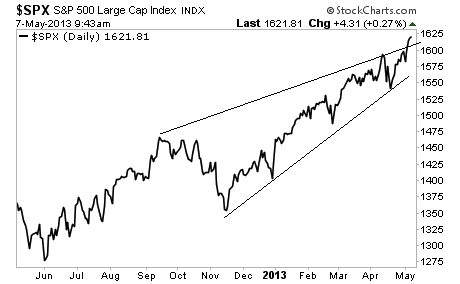 The Russell 2000 is lagging well behind the S&P 500. Small caps, in general, should lead a rally if it’s going to prove legit: 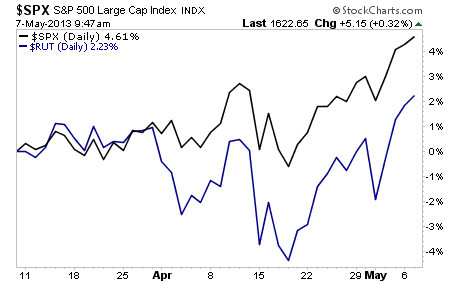 China, which has lead the S&P 500 in general since the 2009 bottom peaked months ago: 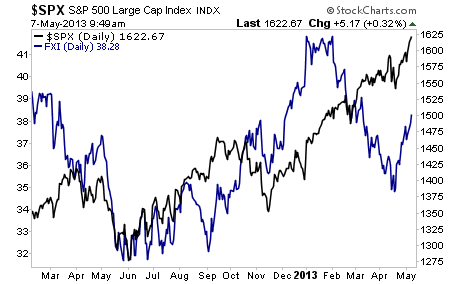 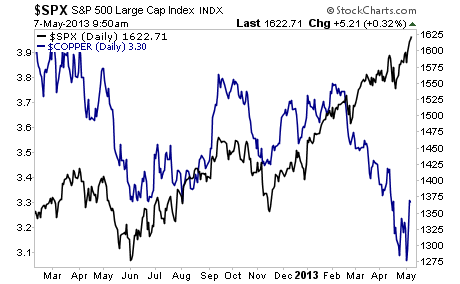 Investors take note, the market may be hitting new highs thanks to traders’ games, but the real economy is contracting sharply. This is precisely what happened during the market peaks before the Tech Crash and the 2008 Collapse.

We are getting precisely the same warnings this time around.