Stocks Disconnect From Reality… and Every Other Asset Class

The stock market is completely and totally out of control.

Eight of the last ten closes have been new record highs. It’s now been six months since we had a 5% correction. Traders got us to 1,650 on the S&P 500.

At this point, no long term investor in their right mind should be buying. This is especially true given that the S&P 500 is now not only totally disconnected from economic reality, but is disconnected from every other asset class.

Check out the divergence between stocks, Gold, Copper, and Oil. Do you think the latter three are more or less sensitive to the Fed slowing QE? 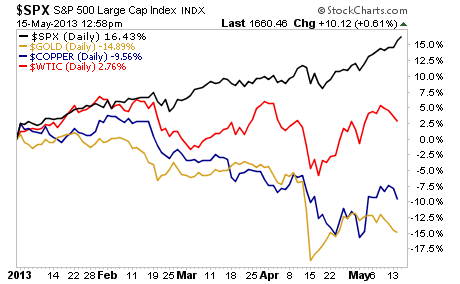 Better yet, take a look at the divergence between bonds and stocks. Ever since early May, stocks have gone straight up while bonds, a “smarter” asset class that is more sensitive to the threat of QE tapering, have fallen. 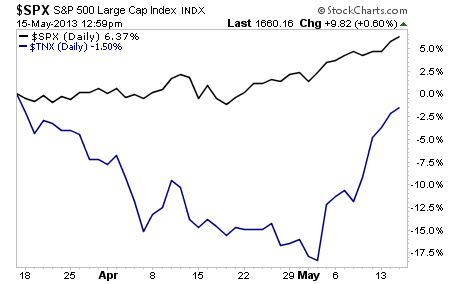 And again, the US Dollar is rallying (another indication QE is likely to taper). The currency markets are even larger and more sophisticated than bonds… 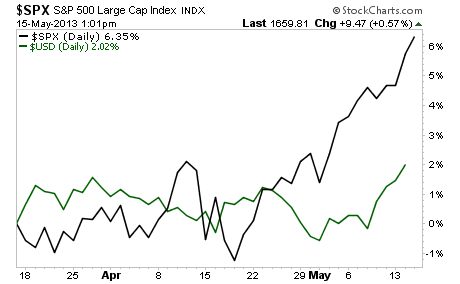 Investors, take note… stocks are always the last to “get it.” This bubble will end as all bubbles do: in disaster.