Stocks are on the edge of a cliff. 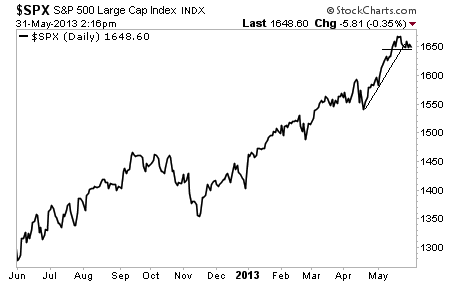 As you can see, the S&P 500 has failed to breakout to the upside and is now sitting on support. If we take out 1650 we could easily to for 1600 in short order. And if we do indeed break down through the rising wedge pattern (indicating that the move to the record highs was a false breakout) we could see a drop down to the mid 1400s. 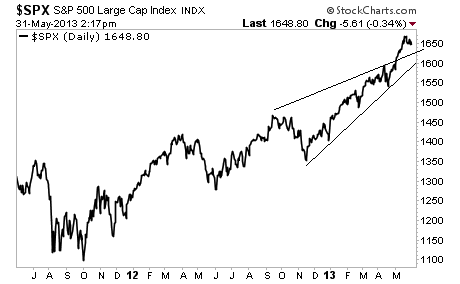 Other asset classes are already predicting this. Check out the divergence between high yield bonds and the S&P 500: 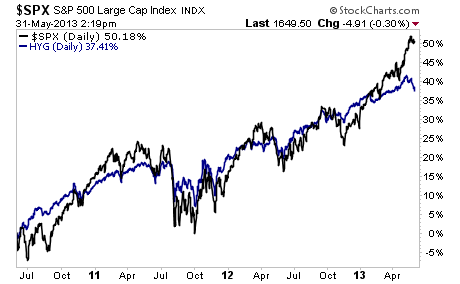 The same is true of emerging markets which have lead stocks in the post-2009 period. 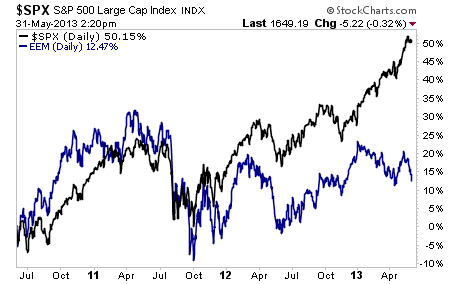