The Great Global Rig is Ending…Are You Prepared?

The markets are beginning what could in fact be an epic meltdown.

China is on the verge of a “Lehman” moment as its shadow banking system implodes. China had pumped roughly $1.6 trillion in new credit (that’s 21% of GDP) into its economy in the last two quarters… and China GDP growth is in fact slowing.

This is what a credit bubble bursting looks like: the pumping becomes more and more frantic with less and less returns. Check out the collapse in China’s stock market.

We are literally back into 2008 Crash territory here: 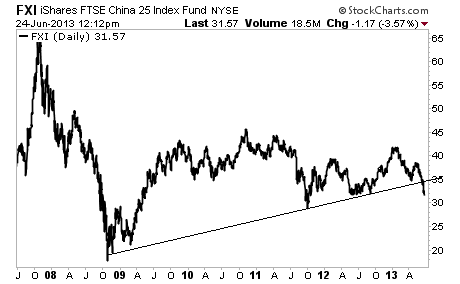 Brazil, another “coming economic superpower” is experiencing rampant riots (over two million people in fact) as inflation soars. Here again we are back into 2008 Crash territory: 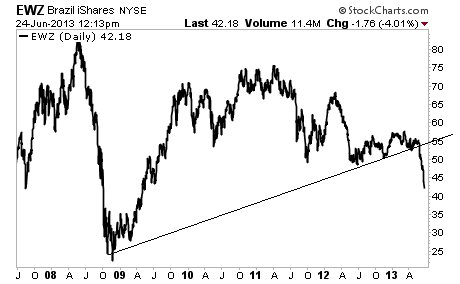 And the US… well the breakout to new highs is looking more and more like a false breakout. These developments usually result in extreme violent swings in the other direction. In this case… DOWN. 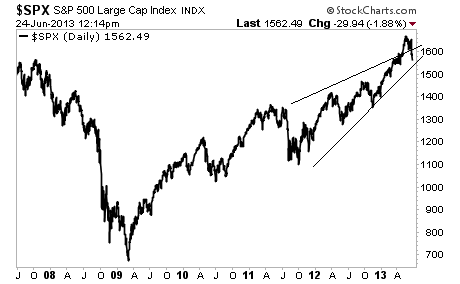 As I write this, all of them are SOARING. In fact we just locked in four straight gains of 8%, 12%, 21% and 28% in the last month ALONE. In fact we just closed two more winners this morning.