Are We Heading For Another September Crisis… One Day Late?

Are we headed for another September Crisis?

Historically, September is has been the single worst month for stocks over the last 80 years. Since 1929, on average the S&P 500 has fallen 1.1% in September.

Moreover, it is the Autumn when banking and financial crises have a tendency to occur. In terms of specific months, September and October are the worst with issues that lead up crashes erupting in September with October being when the actual crashes finally hit. There were Crashes during these months in 1907, 1929, 1987, and 2008.

All told, there have been a total of 147 crises since 1970 in the world. September accounted for 27 of them, the single largest month.

For certain stocks are definitively in a bubble. Based simply on CAPE (cyclical adjusted price to earnings) the market is significantly overvalued with a reading of nearly 24 (anything over 15 is overvalued). 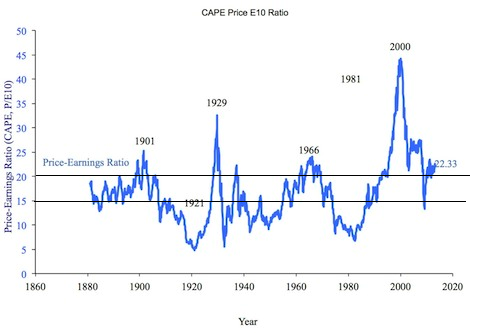 Now we have the Government potentially shutting down. The markets are open on Monday which will be the last day in September.

Are we going to get another September Crisis a day late?

If you’re looking for actionable investment strategies on playing the markets, take a look at my monthly investment newsletter, Private Wealth Advisory.

Published on the third Wednesday of every month after the market closes, Private Wealth Advisory, shows individual investors how to beat the market with well-timed unique investments.

To whit Private Wealth Advisory is the only newsletter to have shown investors 72 straight winning trades and no losers during a 12-month period.