The Market Has Run Out of Props

The stock market is rapidly running out of props.

First off, corporate sales and profits are rolling over. As Charlie Bilello recently noted, we’ve had two straight quarters of Year over Years drops in corporate revenues. 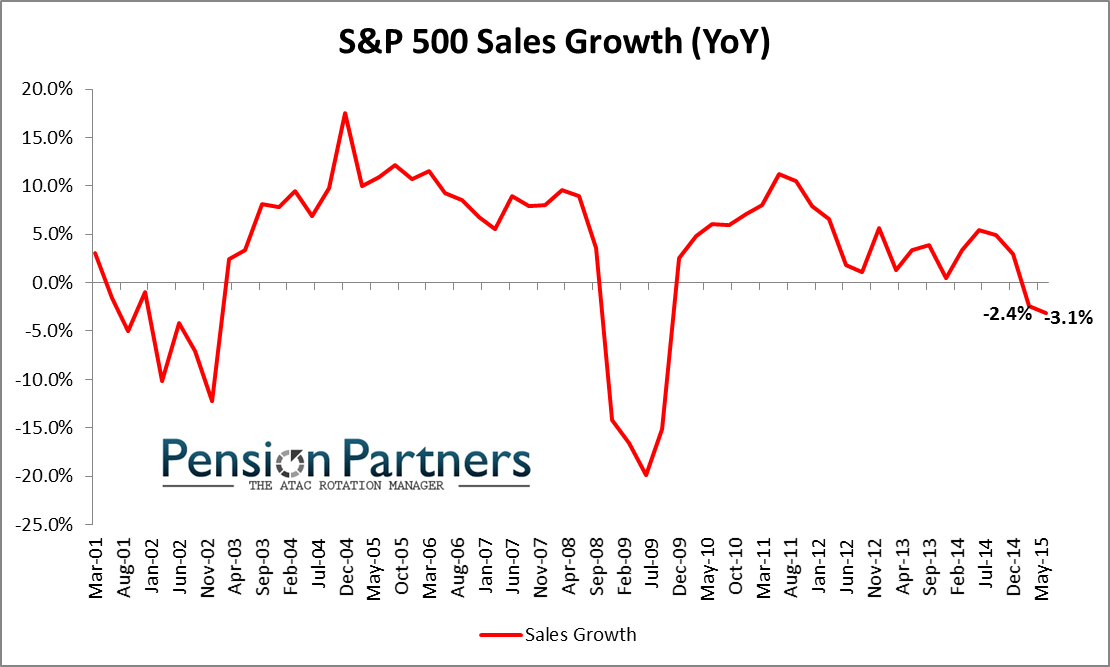 Moreover, corporate profits are also falling at a pace usually associated with recessions:

Profit growth for the S&P 500 companies is at its weakest point since 2009. That’s because, in fact, there isn’t any profit growth.

S&P 500 earnings for the first half of the year are expected to show a 0.7% contraction compared to a year ago, according to numbers from FactSet research. Growth in the first quarter was a meager 1.1%, but the second quarter is more than offsetting that, expected to contract at a 2.2% rate, FactSet estimates. The last time the S&P 500 saw a year-over-year decline for the first half of a year was 2009, when earnings positively cratered at the depths of the global recession, down 30.9%.

With the fundamentals no longer supporting a stock rally, this leaves the Fed and momentum as the sole providers of support for stocks.

Regarding the Fed, it failed to raise rates for the umpteenth time last week. Despite this, stocks actually FELL on the news. 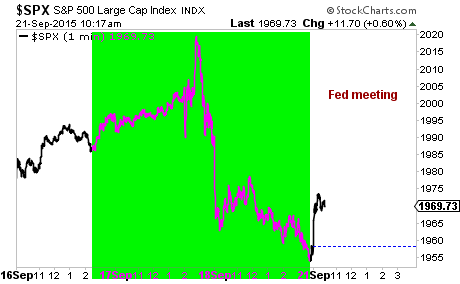 One by one the various Fed doves are throwing in the towel. Sure, they might refuse to hike rates right now, but we’re a long ways from when Bernanke said that QE was a success because stocks were rallying. The Fed realizes that it is in the political crosshairs because QE has exacerbated wealth inequality.

Fed President Fred Bullard even chastised Jim Cramer for being a perma-bull this morning. This is the same individual who desperately claimed the Fed should hold off ending QE back in October 2014 to prop the stock market up (mind you, he wasn’t even a voting member of the Fed at that time, so this was nothing more than verbal intervention).

In simple terms, the current political climate will not permit the Fed to ease any more unless we enter a full-scale market meltdown. At best there will be verbal interventions, but the Fed is out of the stock juicing business for now.

This leaves the market’s momentum/trend as the sole remaining prop for stocks. Unfortunately both have been broken. 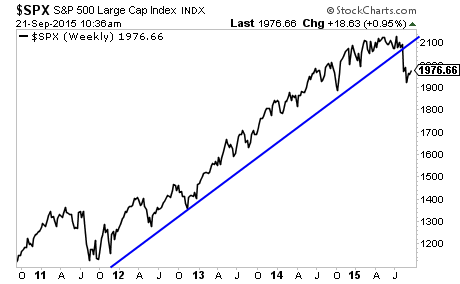 Sure, the markets may bounce here and there (stocks posted eight moves of 16% or greater when the Tech Bubble burst) but we are officially in a very negative environment for stocks. Smart investors should prepare for a bear market and possibly even a Crisis.