The Fed Has Set the Stage for a Stock Market Crash

The Fed has set the stage for a stock market crash.

Ever since 2009, anytime the markets came close to a stock market crash, “someone” (read: the FED) has stepped in a propped the markets up.

The Fed stepped in, hinting at, then all but promising, and then finally launching QE 2 in July, August, and then November, respectively. 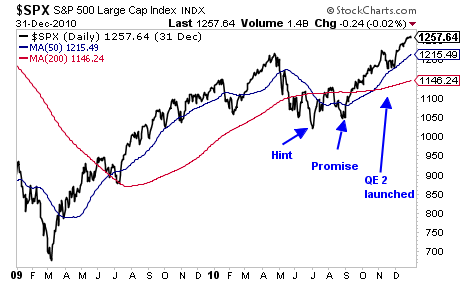 This set off a rally in stocks that lasted until the EU Crisis erupted in full force in 2011. Once again stocks staged a death cross. And once again, the Fed stepped in with promises of action followed by the announcement of Operation Twist in September 2011. Stocks took off and we were back to the races. 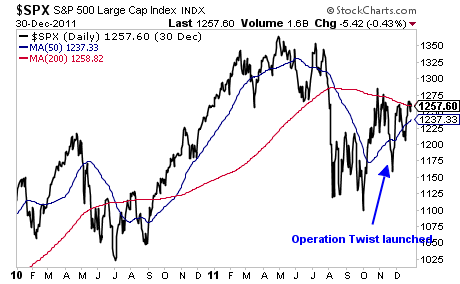 Which brings us to 2012. Europe was really going down in flames. Greece, then Portugal, and even Spain were lining up for bailouts. And the bailouts were getting larger by the month with Spain requesting €100 billion in June 2012.

ECB President Mario Draghi promised to do “whatever it takes” to hold the EU together. But the carnage was spilling over even into US markets. So Bernanke’s Fed promised yet another QE program, though this new program would be “open-ended” in June.

Sure enough, Bernanke unveiled QE 3 in September 2012. He then upped the ante, unveiling QE 4 in November 2012.

Stocks took off again, launching one of the sharpest, strongest rallies in history. 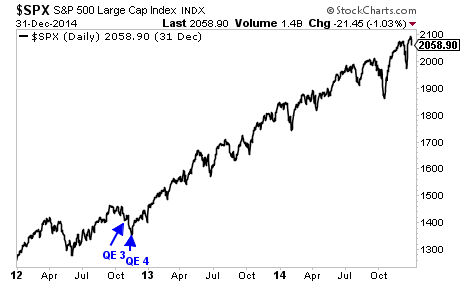 This same madness continued despite the Fed ending its QE efforts. In October 2014, the markets took a nosedive to critical support. This time around rather than launching a new monetary policy, a Fed President stepped out and hinted that the Fed should consider postponing the end of QE (a mindless statement given the Fed had only $5 billion in QE left at the time.

Logic aside, the markets took the hint and erupted higher again. 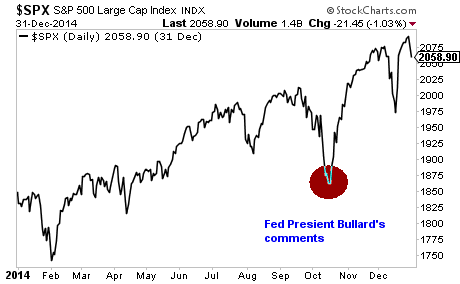 We even got another round of this in August when the markets collapsed. Almost immediately various Fed Presidents began calling for Negative Interest Rate Policy (NIRP) or launching more QE. 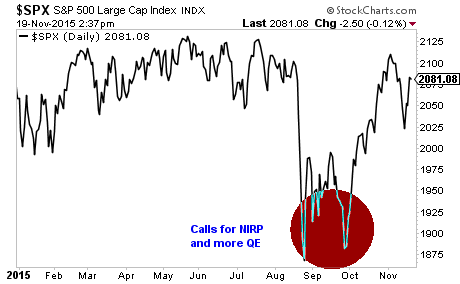 In simple terms, the Fed has completely conditioned the markets to believe that NO MATTER WHAT stocks will be held up. The Fed is entirely market dependent in its actions and policies.

This has worked fine thus far… but eventually it will fail, just as all market props do. The Fed cannot end the business cycle nor can it push stocks up indefinitely. A stock market crash is coming.

Gauging when this will happen is impossible as we are now talking about crowd psychology, not market fundamentals or economic data (neither of which have mattered for over two years).

However, the fact remains that all bubbles burst. This bubble will be no different other than the fact that it was in fact been the Fed that created and perpetuated it long after it normally would have burst. The stock market crash will only be worse as a result.

Put another way, when the next crisis hits, the Fed will effectively be out of ammo as it will be a crisis of faith in the Fed. Whenever investors themselves begin to comprehend that the Fed is now more leveraged than many of the investment banks were when they went bust in 2008, the End Game will begin.