Is This Whole Stock Market Bounce Just One Big Trap?

I don’t trust this rally.

So when the market rallies even a little bit, it often will go absolutely vertical as these individuals panic and cover their shorts (which increases the buying).

Consider the Tech Bubble. When it burst, we had THREE monster rallies of 17%, 33% and 16% in just SIX months time! 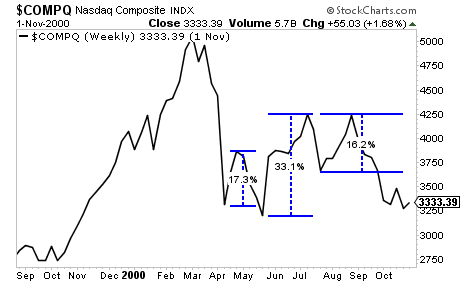 Anyone who bought into these moves for the long-term ended up get crushed as the market soon rolled over and worked its way down. The below chart gives some perspective on just how much further stocks would fall relative to these traps. 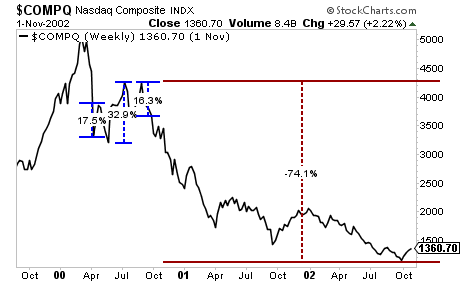 Smart investors, however, used those rallies to prep for the next round of the drop. They didn’t get suckered into believing that it was the beginning of the next bull market.

They took action to prepare to protect their wealth from the bear market.