As we warned last week, the inflation genie is out of the bottle…

We now have confirmation that the Fed is aware of this…

Their comments came after data late last month that showed core inflation rose 1.7 percent in the 12 months ended in January.

Indeed, even the Fed’s Vice Chair Stanley Fischer has warned inflation is coming… and the Fed wants it!

Inflation is showing signs it could accelerate in the United States, a top Federal Reserve policymaker said in comments that back the view that the central bank will hike interest rates again this year.

“We may well at present be seeing the first stirrings of an increase in the inflation rate,” Fed Vice Chairman Stanley Fischer said on Monday in prepared remarks, adding that faster inflation was “something that we would like to happen.”

Now, consider that core inflation is already ABOVE the Fed’s desired target of 2%… at a time when Oil and other commodities (including those used in food) are at 19 year lows!!!

Imagine what will happen if Oil and other commodities continue to rebound!

The Fed is cornered. If core inflation continues to rise the Fed will be forced to raise rates, kicking off another Depression. 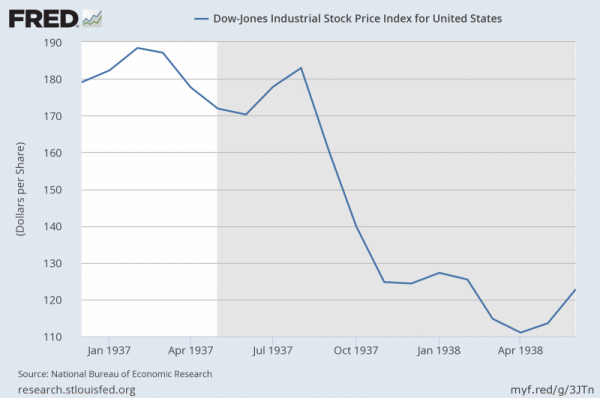