The Fed is Creating an Inflationary Storm

The Fed is rapidly losing control.

Core inflation has already broken above 2% despite a complete collapse in commodity prices (the cost of living for many household items).

This happened when OIL was also  imploding. 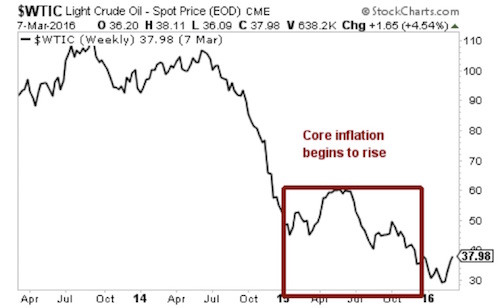 THE CRISIS TRADER has produced an astounding 300% return on invested capital thus far in 2016.

Speaking of which, since bottoming in February, Oil is up over 38%. Industrial metals are up 8%. 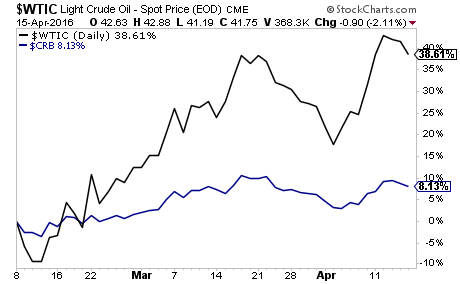 The Fed is cornered. Inflation is back. And Gold and Gold-related investments will be exploding higher in the coming weeks. Indeed, I’ve already alerted subscribers of my Private Wealth Advisory newsletter to two such plays that resulted in gains of 11% and 41% in just six week’s time.

This entry was posted in It's a Bull Market and tagged inflation. Bookmark the permalink.
Stock Market Crash Survival Report