The US Economy is Rolling Over… Are Stocks Next?

In the US economy is most assuredly moving into, if not already in a recession.

The media trumpeted the amazing 2.0% growth rate initially forecast for the first quarter of 2016. That forecast has since collapsed to 0.3%. This is the same game Government beancounters have been playing for years: a great initial forecast that is then revised lower and lower.

The above suggest the US economy is flatlining. However, other data are far worse. We’ve seen 16 straight months of declines in Factory Orders (this never happens outside of recessions) 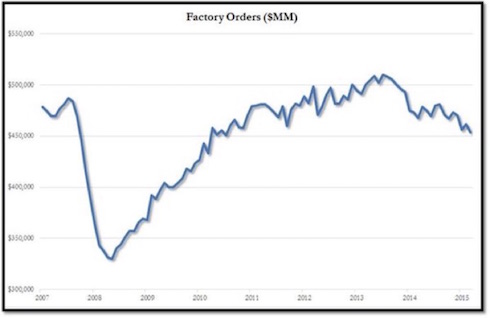 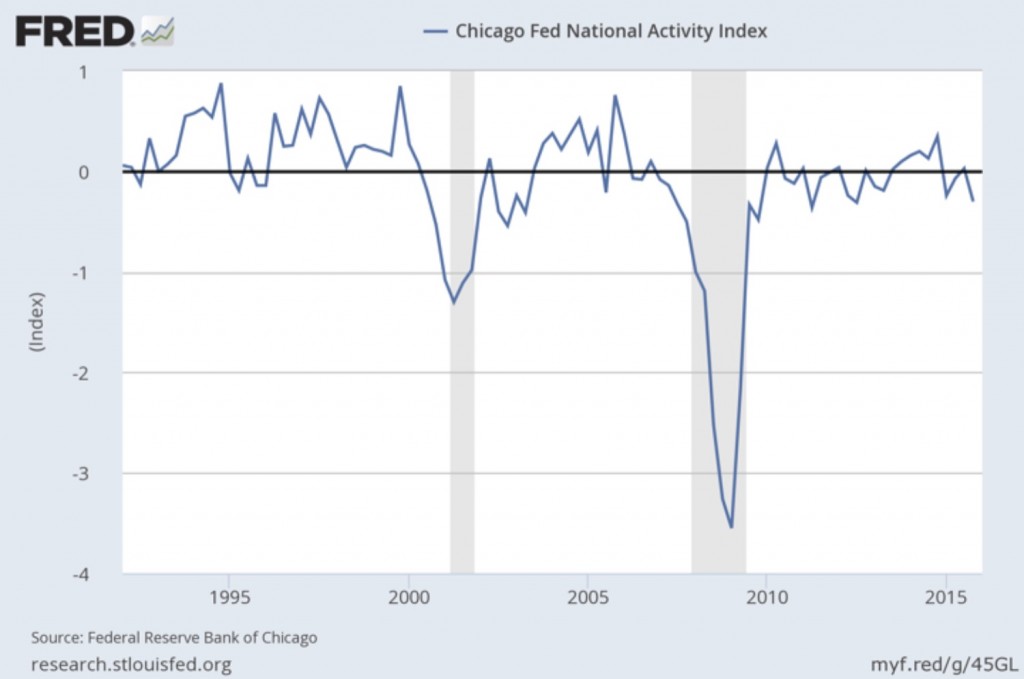 All of these data points indicate the US economy is likely flat-lining if not contracting into a recession.

Meanwhile, stocks are in the single largest bubble in the last 100 years. Look at the MASSIVE gap between the S&P 500 and EPS! 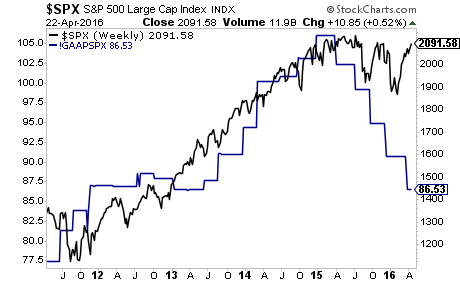 The time to prepare for this bubble to burst is now. When stocks catch up to earnings, we’re going DOWN, possibly even in a CRASH.