Stocks Prepare to Crash as the Last Buyer Stops Buying

Stocks are now on borrowed time.

This leaves corporate buybacks as the sole driver of stocks. But now that is ending.

Announced buybacks plunged 34% in 1Q16. This is the single largest plunge in announcements since 2009. 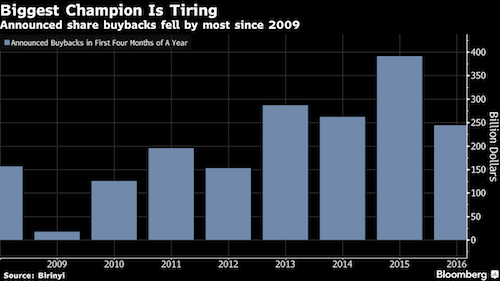 Now, this does not mean buybacks are drying up all at once. As you can see in the chart above, there were a record number of buybacks announced in 2015. Those plans are beginning to be implemented.

So there will be a significant degree of corporate buybacks going forward.

However, buyback announcements and actual purchases are not the same thing. Many times companies announce buyback programs that they later fail to complete. So the buying power here is much less than most realize.

Meanwhile, earnings are collapsing, while stocks remain near all-time highs. 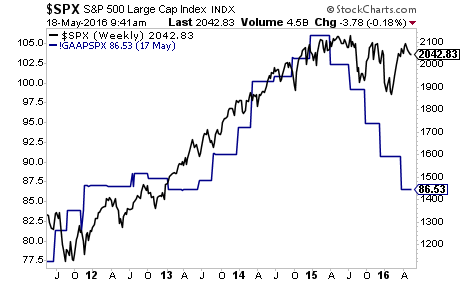 Either earnings need to erupt higher in the next few months (highly unlikely given lack of growth) or stocks need to drop at a minimum 20%.