Is the Stock Market About to Hit Another Air Pocket?

For most investors, the sudden collapses in stocks that we keep experiencing feel they like they come “out of the blue.”

After all, we are told incessantly by the Government and the media that the economy is going strong and that everything is great for the stock market.

If those claims are true, how do you get moments like these, when the market enters a free-fall, erasing months’ worth of gains in a few days? 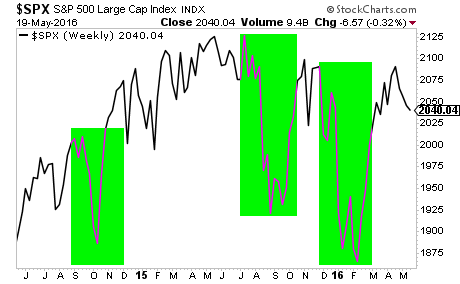 These periods happen because the hype and hope about a recovery are based on a few key data points (GDP growth and the unemployment rate) that are heavily massaged to make things look better than they are.

The reality is that the “recovery” is in fact much weaker than is commonly believed.

And a lot of times those “great numbers” are revised sharply down long after the headlines fade.

Case in point, the BLS recently revised its data for industrial production growth over the last few years much lower.

In fact, according to the BLS, industrial production since 2009 has only grown by a measly 5%, instead of the 14.3% that has been claimed by the media.

Even more incredibly, industrial production today remains 9% BELOW where it was in 2007 at the last economic peak.

In this light, periods like the ones market below are periods in which REALITY breaks through the MYTH of recovery.

The Fed often reacts by propping up the markets to stop a collapse… but as we’ve learned during the Tech Crash and Housing Meltdown, you can only prop up a LIE for so long.

Indeed, the markets look to me like they’re finally going to enter the BIG collapse we’ve been predicting. 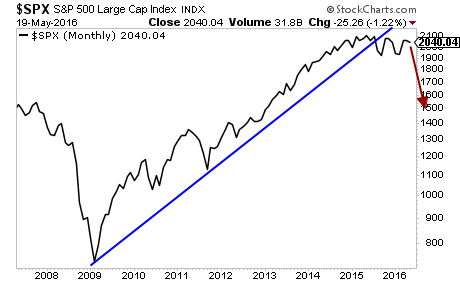