It has now been a year since stocks hit a new all-time high.

That is correct, despite having two massive bounces, driven by tremendous Central bank intervention, the S&P 500 remains well below it all time high of 2130 established May 21 2015. 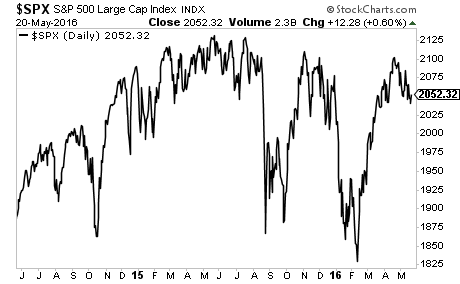 Because it greatly increases the odds of stocks entering a bear market.

As Jeff Hirsch notes, going back to 1929, there were thirteen times that stocks failed to hit a new all-time high for a period of 12 months.

Of those 13, TEN TIMES (76%) stocks entered a bear market collapse of 20% or greater before beginning a major leg up to new highs. 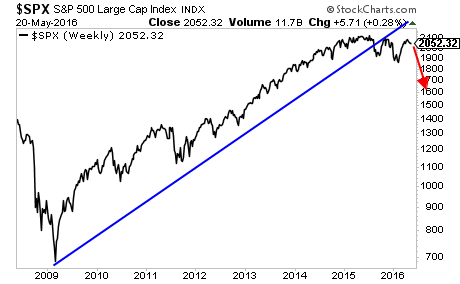