A “Big Money” Making Move is Coming to the Markets Soon…

Traders gunned the market higher last week thanks to extremely low volume (most of Wall Street left early for the holiday weekend) and the usual performance (many funds have to record results at month end).

The S&P 500 has now slammed up against overhead resistance (red line). We are once again within spitting distance of the all-time highs. 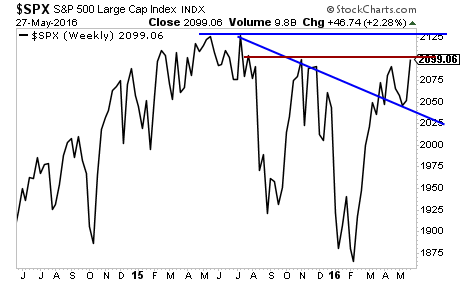 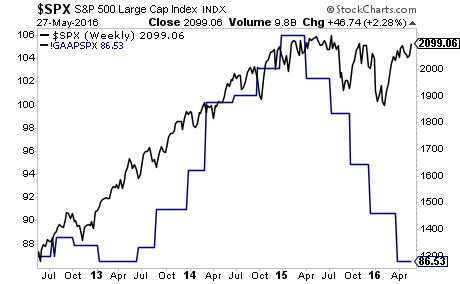 This divergence is only getting worse. Of the 111 companies that have issued guidance for 2Q16, an incredible 80% are NEGATIVE.