We are now in the worst seasonal period for stocks.

Now consider that stocks failed to produce new highs during this recent rally. Despite being manipulated higher by someone determined to get stocks to 2,100, we’ve slammed into resistance. 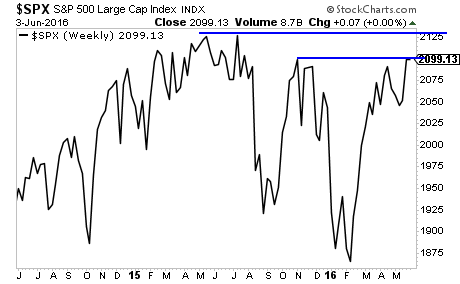 Moreover, the Russell 2000, which usually leads the S&P 500 is lagging far behind: not a good sign if this rally is meant to be the start of something more. 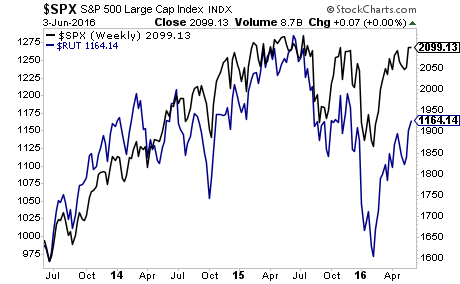 Looking at the long-term S&P 500 chart, we could easily see the market plunge to 1,600: its long-term bull market trendline. 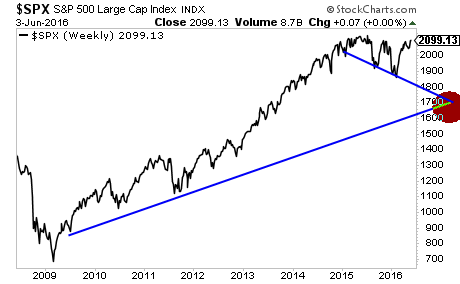