Since the February bottom, stocks have been following Oil higher. 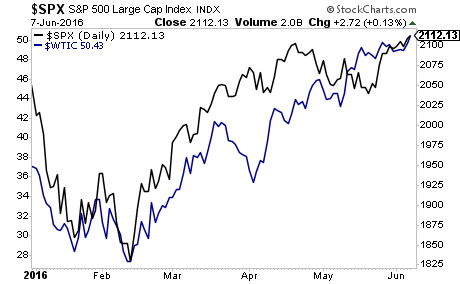 Oil was gunning higher because we were entering driving season. This is a seasonal trend that plays out every year… even during years in which Oil was collapsing otherwise. 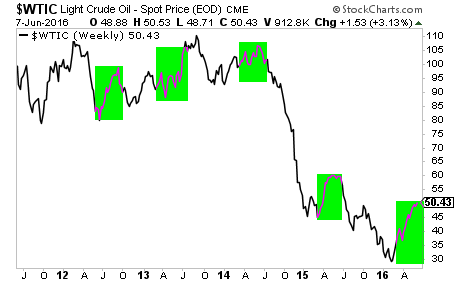 What follows this trend every year? 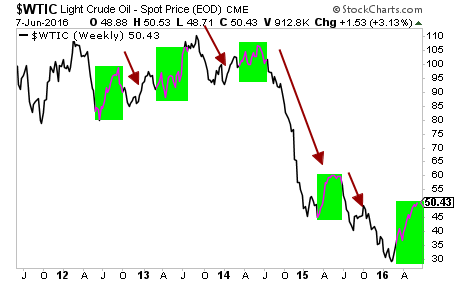 And Copper, the commodity most closely aligned with growth is signaling that this rally is about to end: 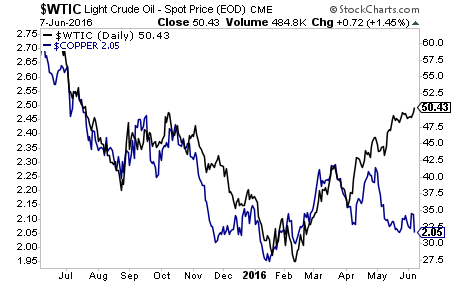