The media is focused on the Brexit.

It is missing out on the biggest story in the financial world.

That story is the US Dollar.

The Dollar’s rapid rise in mid-2014 is what kicked off ALL of the global turmoil we’ve experienced. The US Dollar’s rally demolished oil, commodities, emerging markets, and more.

It also forced China to devalue the Yuan, which caused the August 2015 meltdown in US stocks. 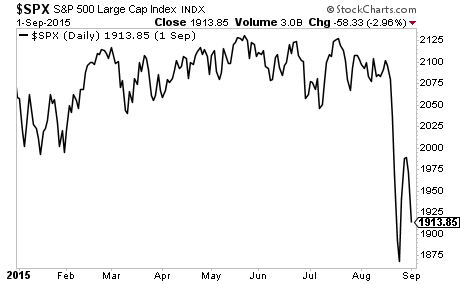 THE CRISIS TRADER has produced an astounding 145% return on invested capital thus far in 2016.

The US Dollar peaked against Emerging Market currencies in early 2016, kicking off the sharp rally we’ve seen in stocks and other risk assets

The US Dollar is again turning up against Emerging Market currencies. 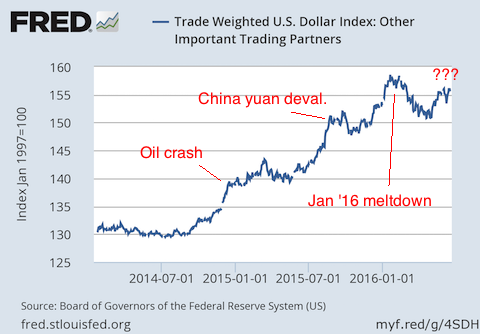 If you are not preparing for a bear market in stocks, you NEED to do so NOW.

To wit… in the last 18 months we’ve closed out 86 straight winning trades.

86 closed winners… and not one closed loser… in 18 months.

So tonight (MONDAY) at midnight, we are closing the doors on our offer to try Private Wealth Advisory for 30 days for just $0.98.

This is it… no more extensions… no more openings,