Did a Secret Central Banking Cabal Just Turn AGAINST the US?

Quietly and with little if any notice, foreign Central Banks have begun DUMPING US Debt.

Take a look at this chart. Does this look like a bull market to you? Because to me it looks like it could be the beginning of a panic sale. 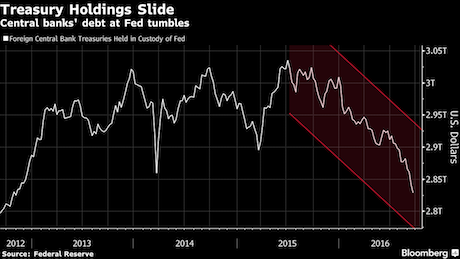 Bear in mind, these SAME Central Banks are currently buying their OWN debt AT A PACE of nearly $200 BILLION per month!!!

That’s correct, Central Banks are now actively DUMPING US debt and buying their own.

DID THE CENTRAL BANKING CABAL JUST TURN AGAINST THE US???

Gold has picked up that something MAJOR is afoot. It’s exploding higher against EVERY major currency.

Below is Gold’s chart prices in $USD, the Japanese Yen, and the Euro. Gold has BROKEN OUT big time in $USD and Euros. It’s about to do the same in Yen. 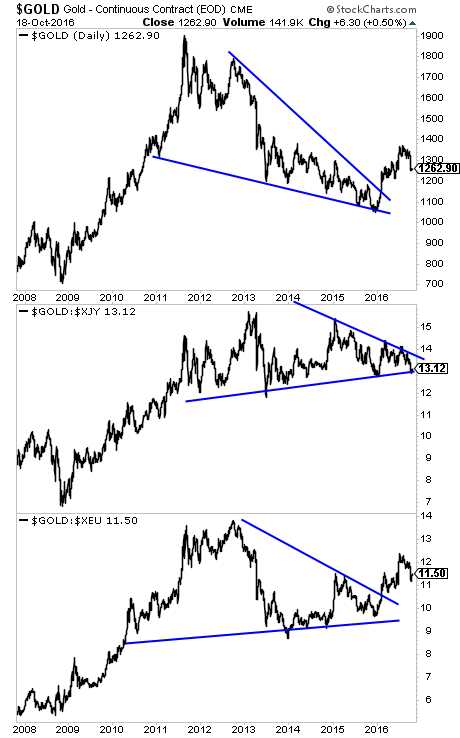 Gold has figured it out. SOMETHING MASSIVE IS COMING. And it’s coming from Every. Major. Central. Bank.

Over 99% of investors have missed this. They continue to focus on stocks. They’re missing a once in 30 years event that has begun in the metals markets.

HUGE money will be made from this trend going forward.

That is not a typo. We’ve only closed THREE losers in the last TWO YEARS.

This is a record in investing, a winning rate of 98% over a 24 month period.And we’ve done this during one of the most difficult eras in investing history.

To take out a 30 day trial subscription to Private Wealth Advisory for just     98 cents.