Is China About to Go “Scorched Earth” on the US Dollar?

For an economy as rife with garbage debt as China (shadow banking debt is over 200% of GDP), this is a DISASTER.

With that in mind, consider that the US Dollar is now at 99. 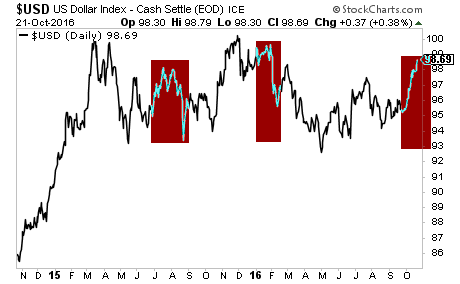 Whenever the US Dollar reaches these heights, China fires a warning shot at the Federal Reserve by aggressively devaluing the Yuan. 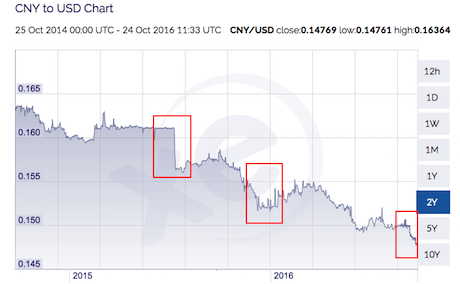 And this in turn causes a stock market MELTDOWN. 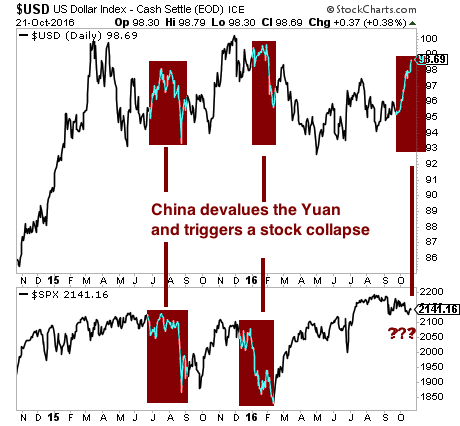 Buckle up, because as I write this Monday morning, China just began to aggressively devalue the Yuan AGAIN.

Over 99% of investors have missed this. They continue to focus on what stocks do in the day to day. But a big move is about to hit the markets.

SERIOUS money is about to be made.

That is not a typo. We’ve only closed THREE losers in the last TWO YEARS.

This is a record in investing, a winning rate of 98% over a 24 month period.And we’ve done this during one of the most difficult eras in investing history.

To take out a 30 day trial subscription to Private Wealth Advisory for just     98 cents.