The Fed’s LITERALLY Broadcasting That a MAJOR Monetary Event Is About to Happen.

The biggest moves… the ones that make the MOST money in the markets are the ones no one is talking about for months.

With that in mind, you NEED to know that the Fed is going to let inflation run wild in the US.

That is not a hypothesis. In the last month we’ve had THREE different Fed officials state that they WANT inflation and that the Fed will let it run BEYOND the Fed’s target 2% rate.

St. Louis Federal Reserve President James Bullard said on Monday that a single U.S. interest rate rise would be all that was necessary for the time being, repeating comments he had made recently.

Folks, 99% of investors get caught up in the day-to-day moves in the market. But the Fed is LITERALLY broadcasting that it’s going to let a MAJOR monetary event happen.

Gold’s figured it out. It just put in a base and is about to go STRATOSPHERIC. 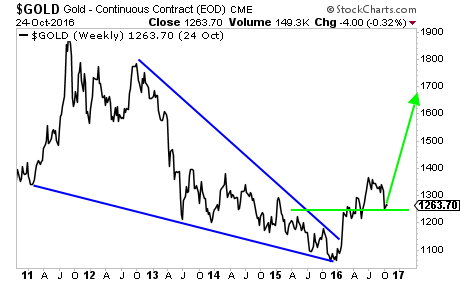 Over 99% of investors have missed this. They continue to focus on stocks. They’re missing a once in 30 years event that has begun in the metals markets.

HUGE money will be made from this trend going forward.

That is not a typo. We’ve only closed TWO losers in the last TWO YEARS.

This is a record in investing, a winning rate of 98% over a 24 month period. And we’ve done this during one of the most difficult eras in investing history.