Everyone is exciting because stocks are roaring higher this morning.

Those of us who are looking for really massive gains in the financial markets are looking elsewhere however.

That elsewhere is in Gold. 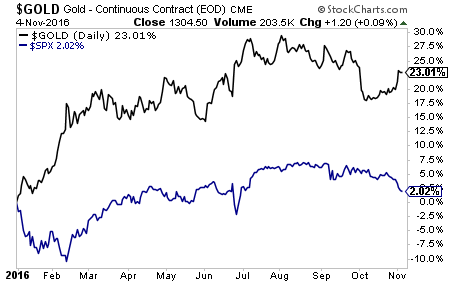 During periods of higher inflation, Silver outperforms Gold. Look below. 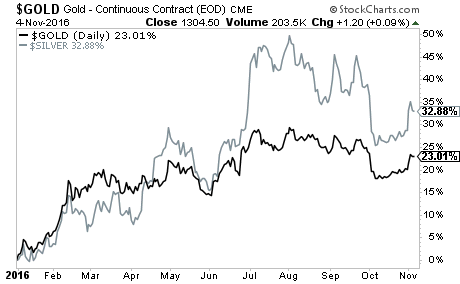 That is not a typo. We’ve only closed TWO losers in the last TWO YEARS.

This is a record in investing, a winning rate of 98% over a 24 month period. And we’ve done this during one of the most difficult eras in investing history.