Is the Yellen Fed TRYING to Crash Stocks To Hurt Trump?

Is Janet Yellen trying to crash stocks to screw Trump?

Ever since the $USD began its bull market run in mid-2014, the Fed, lead by Janet Yellen, has intervened whenever the $USD cleared 98. 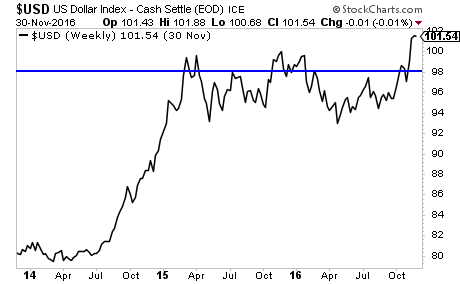 The reason for this was the following…

Over 47% of US corporate sales come from abroad. With the $USD spiking, pushing all other major currencies generally lower, US corporate profits began to implode. As we write this today, profits have fallen to 2012 levels. 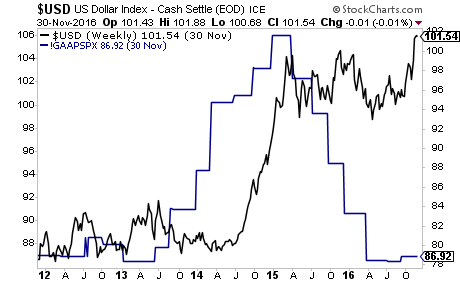 Because of this, the Fed has “talked down” the $USD anytime it began to push higher.

Since it was announced that Trump won the Presidency, the Fed has allowed the $USD to ramp straight up. It is currently over 101…and the Fed hasn’t said a word.

So we ask again… is Janet Yellen trying to crash stocks to screw Trump?

We all know the Yellen Fed is one of the most political in history with Fed officials openly donating money to the Clinton campaign.

Now Trump has won… the $USD soars to 101… and suddenly the Fed is silent? Not one Fed official has appeared to talk about putting off a rate hike or some other statement that might push the $USD lower…

This could literally crash stocks through any number of means:

As we write this, there are less than 70 left.