Warning: Market Crashes Hit When the Most Investors LEAST EXPECT IT

The Bank of Japan is trying to crash the markets?

This is not conspiracy theory. In the last month the BoJ has devalued the Yen 14% against the $USD. 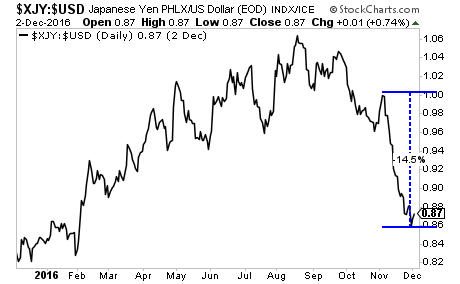 By any other measure this is a crash as far as currencies go. And it could lead to MAJOR issues for the financial system.

The last time the BoJ collapsed the Yen this aggressively the ENTIRE commodity markets imploded collapsing over 40%. Oil ended up collapsing from $60 to sub $48 in a matter of weeks. 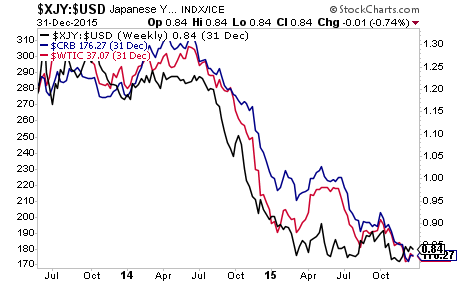 Eventually this mess spilled over into stocks with China being forced to devalue the Yuan and the S&P 500 Crashing 10% in a few days as a result. 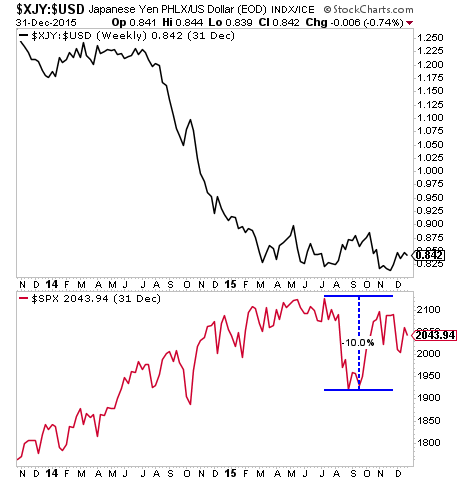 Here’s the Yen/$USD pair today with the S&P 500 (blue line)… this could get VERY ugly VERY fast. 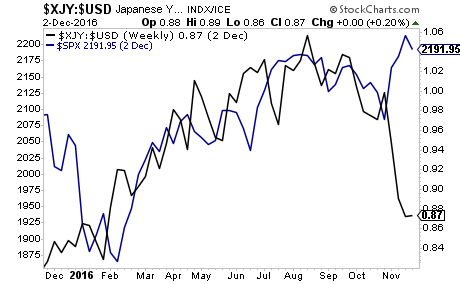