Stocks are going to Crash.

This wasn’t the case a mere six weeks ago. But the Bank of Japan has committed one of the most egregious manipulations in history.

The Yen/ $USD pair has imploded by over 14% in the last six weeks. The last time the pair fell this much the BoJ expanded an already monstrous QE program by $260 BILLION. 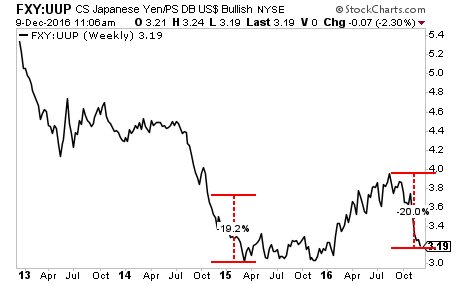 This time around it is nothing more than abject monetary devaluation. The Bank of Japan has accomplished in SIX WEEKS what previous took $260 BILLION and SIX MONTHS.

This is absolute madness. And it is going to ANNIHILATE US corporate earnings.

Over 47% of US corporate sales come from abroad. With the $USD spiking, courtesy of the Yen devaluation, US corporations are going to be imploding in the 1H17.

The $USD ramp job of 2014 has already imploded corporate profits to 2012 levels. This next ramp to new highs is going to kick them even lower. 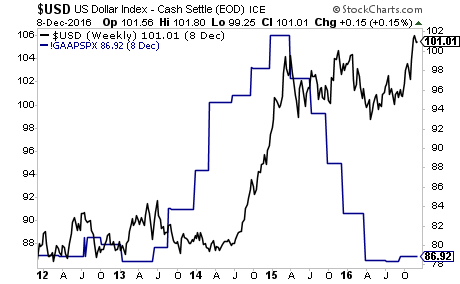 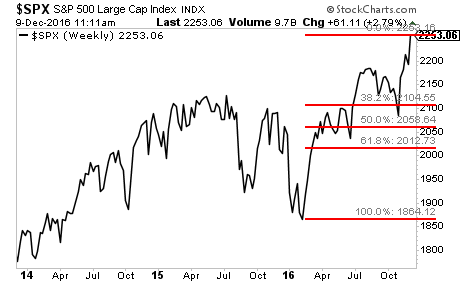 THIS WILL HIT BEFORE JUNE OF NEXT YEAR.

As we write this, there are fewer than 49 left.

To pick up yours, swing by…