Is China About to Trigger Another “August 2015”-type Meltdown?

Just as we predicted, the Bank of Japan has begun to lose control.

Since the November US Presidential election, the Bank of Japan has been aggressively devaluing the Yen. They are doing this to take advantage of the brief window between the election and when Trump takes office and trade deals are renegotiated. 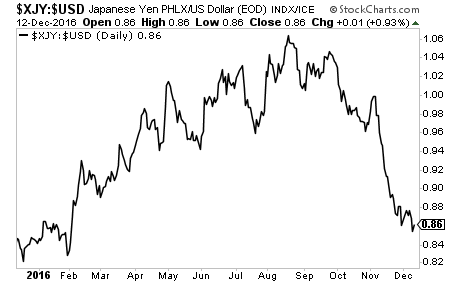 As I wrote previously, this scheme will work for a while, but eventually something will “break.”

When the Yen collapses, the $USD rises sharply. And this is a MASSIVE problem for China which has its currency pegged to the $USD.

China is the second largest economy in the world. And every day that the $USD moves higher, it puts tremendous pressure on China’s financial system.

See the below story:

China’s foreign exchange reserves fell nearly $70bn last month as the country’s central bank burnt through more of its war chest in its battle to defend the renminbi from greater depreciation on the back of accelerating capital outflows.

If you’ll recall, it was precisely this situation that caused the market meltdown of August 2015…and January 2016. 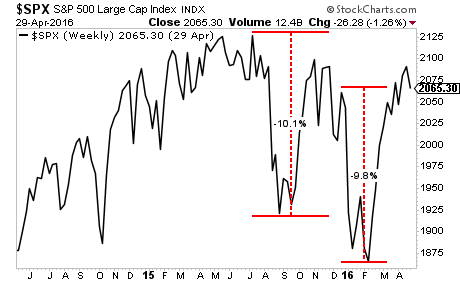 We’re set up for the another similar meltdown. Stocks are severely overbought. Everyone is super bullish. The markets are literally one giant lopsided trade waiting to implode.

As we write this, there are fewer than 29 left.