The Fed is BEGGING China to Crash the Markets.

What is Janet Yellen thinking? 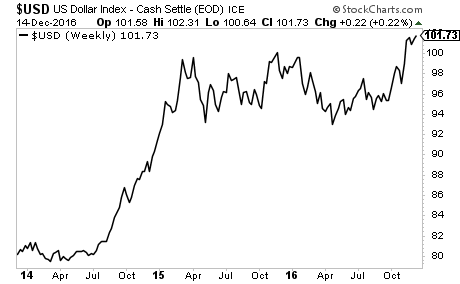 Throughout this period, anytime the $USD began to move sharply higher one of more Fed officials appeared to “talk down” the $USD.

The reasoning here is simply. A strong $USD crushes corporate profits. Indeed, since the $USD began its bull market S&P 500 earnings have collapsed to 2012 levels. 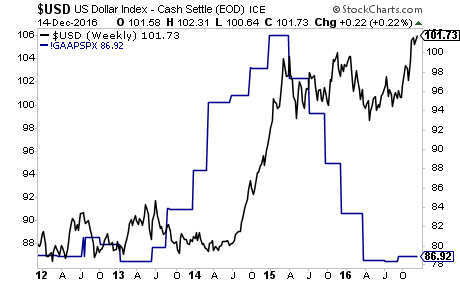 A strong $USD also asks for trouble from China. It was the strong $USD that forced China to devalue the Yuan in August 2015 and again in December 2016… both of these times, US stocks collapsed 10% in the span of a few days. 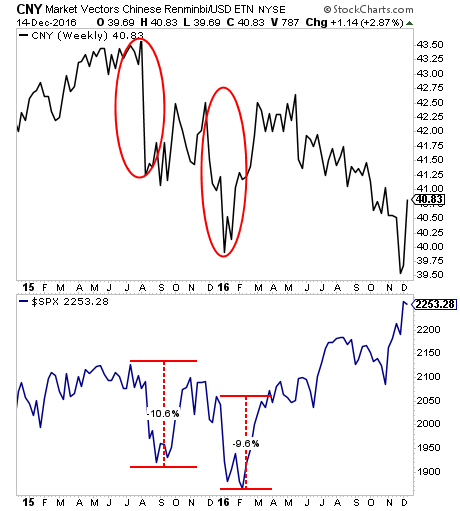 Having said all of this… in the last month the $USD has erupted above 100 and the Fed hasn’t said a word. 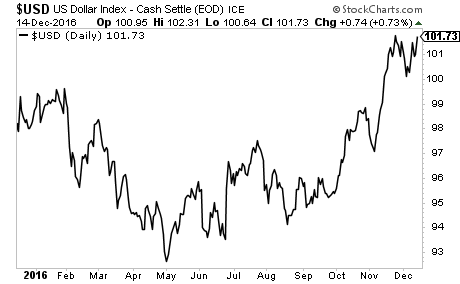 Worse than this, the Fed raised rates again yesterday and has predicted THREE more rate hikes in 2017.

The Fed is playing a very dangerous game both with China and with the markets. I wouldn’t be surprised to see a VERY aggressive Yuan devaluation in the next few weeks.

And it’s going to trigger a market meltdown just as it did in August 2015 and January 2016.