Is China About to Demand the US Dollar Lose Reserve Currency Status?

The biggest issue in the financial system… the issue that CNBC is completely avoiding… and 99% of professionals are ignoring is the US DOLLAR. 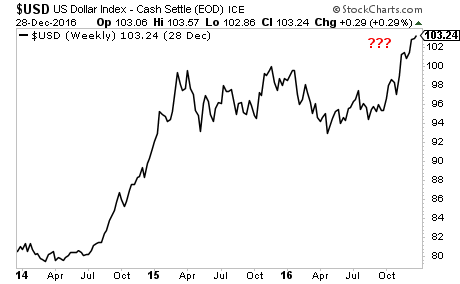 This is a truly MASSIVE problem.

The Chinese Yuan is linked to the US Dollar. With the US Dollar at these levels China has rapidly entered a financial crisis.

In the last month, China has:

ALL of these are linked to the US Dollar’s rise. And it’s lead the world to a very nasty situation.

China has a couple different options, NONE of them are pretty for the financial system.

The most obvious one would be a LARGE Yuan devaluation similar to the one that CRASHED stocks in August 2015 or January 2016.

Indeed, China is already doing this. But stocks continue to be in “la la land” driven by the media’s nonsensical obsession with Dow 20,000. 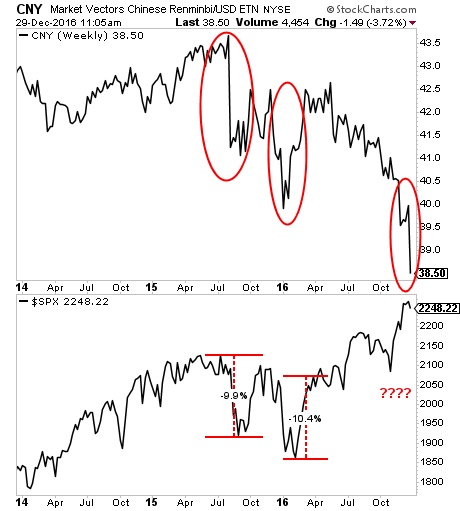 Alternatively China could go for the “nuclear” option and demand that the US be removed as reserve currency of the world.

This is not some crazed notion. China is the second largest economy in the world. And the Yuan is now part of the IMF’s SDR currency basket along with the Yen, British Pound and the Euro.

I’m not saying the US Dollar would necessarily LOSE reserve currency status, but if China were to publicly call for this, the consequences would be severe.

As in, CRISIS severe.

While 99% of investors ignore this ticking time bomb, smart investors are already preparing.