Bad News For Stock Bulls.. the US is Sliding Into Recession

While the financial media was applauding last week’s jobs number, those of us who actually look into the details can tell you that the report was complete fiction.

The headline number of 227,000 was largely crafted through seasonal adjustments, NOT actual job creation. At a minimum 170,000 of those jobs were created in an excel spreadsheet by bean counters, NOT by businesses hiring.

Indeed, a non-massaged metric, average weekly hours fell by the largest percentage since the 2008 recession. 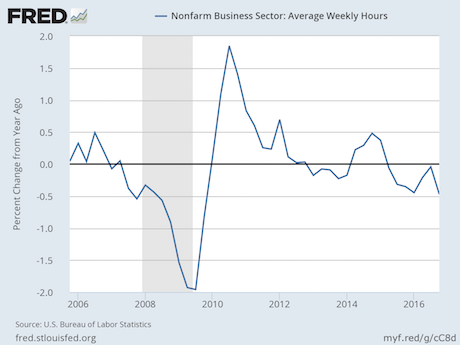 There is simply no way to spin this as a positive.

The fact is that the GDP growth of 4%-5% is not just around the corner. The US most likely slid into recession in the last three months. GDP growth collapsed in 4Q16, with a large portion of the “growth” coming from accounting gimmicks.

Put simply, the REAL economy is rolling over. But stocks are holding up as if we’re about toe enter an economic utopia.

THAT IS NOT GOING TO HAPPEN. And if you’re investing based on it, you’re in for a LOT of pain. 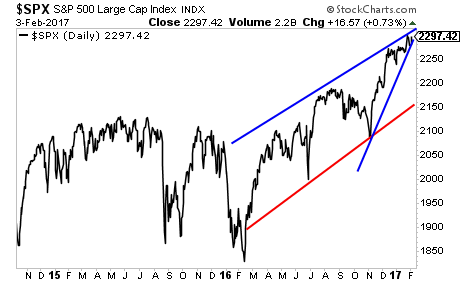 If you’re looking to profit from the REAL impact Trump’s Presidency will have on the market (and the massive opportunities this situation presents), we’ve put together a Special Investment Report outlining three investment strategies that will produce major returns as a result of Trump’s economic policies.

It’s titled How to Profit From the Trump Trade and we are giving away just 1,000 copies for free.

To pick up your copy, swing by