Look at this chart. Which asset class would have been better to own in 2017 thus far… the blue line or the black line? 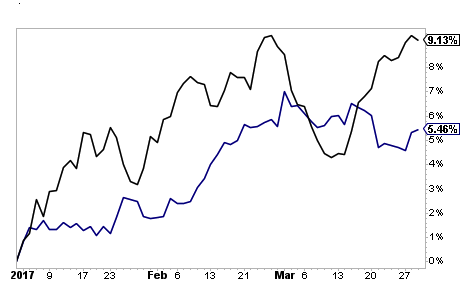 It’s obviously a no brainer, the black line has nearly doubled the blue line’s performance year to date. 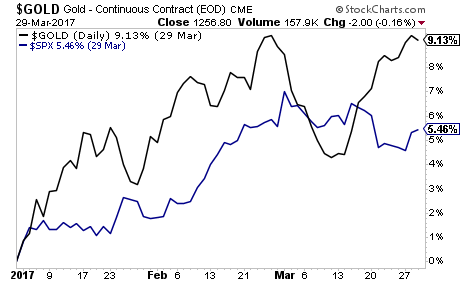 Thus far in 2017, the financial media has been running the narrative that stocks are THE asset class to own. But the reality has been very different. With the exception of two weeks in March, Gold has outperformed stocks for the entire year to date.

At Phoenix Capital Research, we don’t care about market narratives, we care about making money from the markets. Which is why this next chart should be of interest:

Guess which sectors this chart is showing? 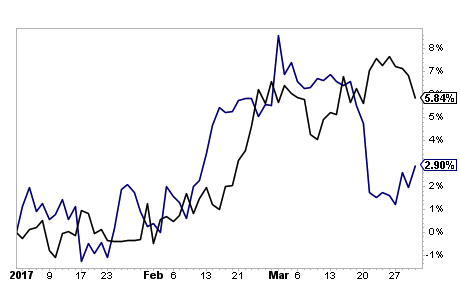 Obviously one of these has been outperforming the other in a big way.

Guess which sectors they are… 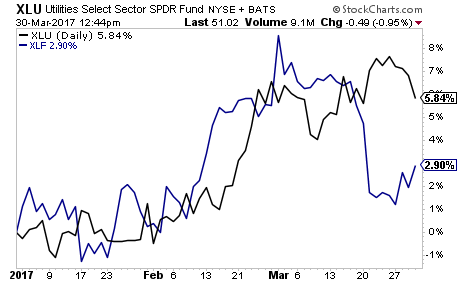 That’s correct, the DEFENSIVE sector of utilities is CRUSHING financials… despite the financial media running a non-stop narrative of financials being THE sector to own!

Now… why would a defensive sector be the TOP performer year to date? 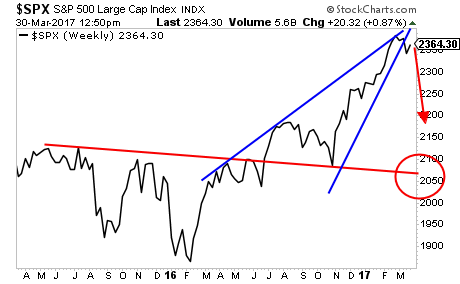 You can ignore this if you want… but Private Wealth Advisory subscribers are preparing for this move with four targeted trades that will profit beautifully when the market comes unhinged.