If you are actively involved in the markets as a trader or investor, you need to be intensely careful regarding your political bias.

Every single person has a political bias. Everyone. It’s not a bad thing. It’s just a fact.

But if you’re looking to make money in today’s market, BIAS is a four letter word.

However, the Trump Presidency is bringing out political bias in ways we’ve never seen before. People on both sides of the political spectrum are literally losing their minds.

This is EXTREMELY dangerous if you are making investment decisions with this going on. No matter how sophisticated your model or framework is, if you’re pumping biased ideas into it, you’re going to get poor results.

Building up to election night we were told that if Trump won the market would Crash. The media was in on this. Experts were in on this. 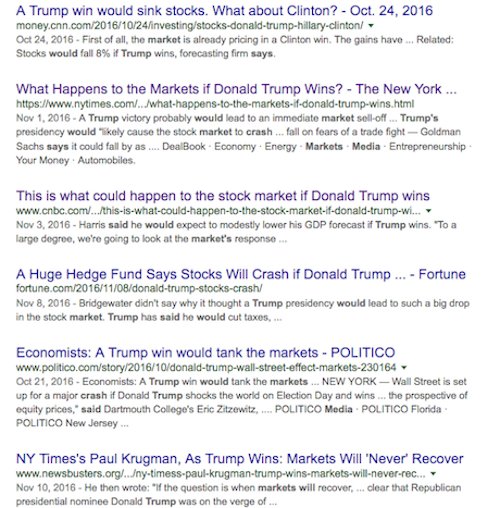 Then Trump won, and stocks erupted out to new all-time highs breaking out of a two-year consolidation range. 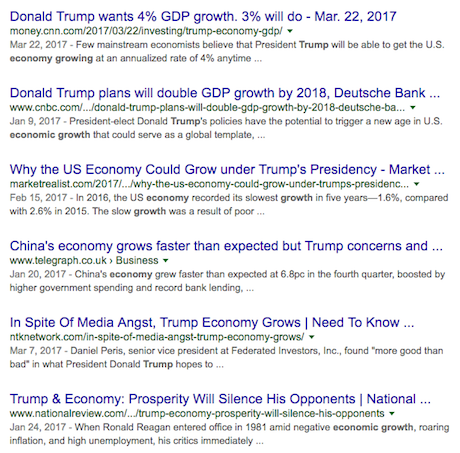 The media then flipped the script and began claiming that Trump had unleashed an economic utopia and that GDP growth of 5% would hit soon.

When I say, the “media” I mean the exact same groups claiming a Trump win would crash the markets. 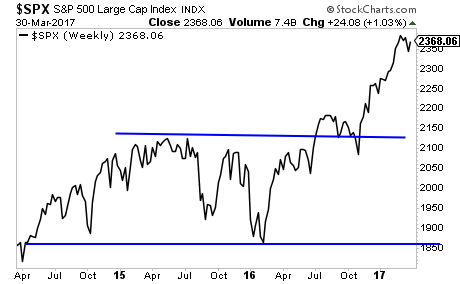 My point is this: now more than ever if you’re trying to make money from the markets, you need to check your political bias.

But if you have natural inclination to believe EITHER of those views tends to be true, you are in SERIOUS trouble.

At Phoenix Capital Research, we don’t care about BS narratives or political shilling… we care about one thing: making money from the markets.

On that note subscribers of our Private Wealth Advisory newsletter are currently killing it in 2017, outperforming the S&P 500 and accurately navigating dips and rallies while others get taken to the cleaners.