It’s Official: Stocks Are Now On a Weekly “Sell Signal”

For those of you who like technical analysis, this indicator is formed by two interweaving lines.

The first line (usually black on the chart) is formed by subtracting the 26-week exponential moving average (EMA) from the 12-week EMA.

The second line (usually red on the chart) is formed by the 9- week exponential moving average.

The “signals” come when the two lines connect:

The market has triggered four such readings in the last two years. Two of them preceded sharp corrections of 9+% in the span of a week or so. A third resulted in a gradual 5% grind lower. The fourth just hit. 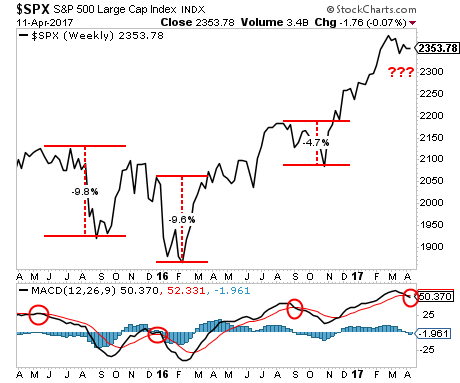 Where does this lead us? 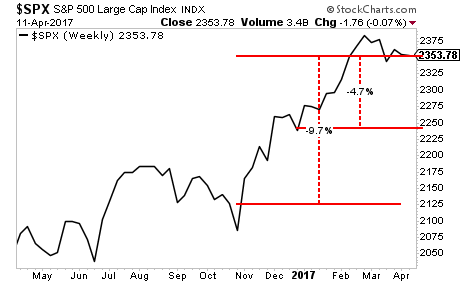 This is a major warning to stock investors to be extra careful. Now more than ever is a time to be nimble and preparing to make money from a market “event.”

If you need help doing this, I strongly urge you to try out our weekly market advisory, Private Wealth Advisory.

Over the last two years, we’ve maintained a success rate of 85%, meaning we’ve made money on more than EIGHT out of every ten trades we make.

Today, if you’d like to join us, you better move fast…