Sub-Prime 2.0: Is This The Needle That Will Burst the Bubble?

By now, anyone with a working brain knows that stocks are in a massive bubble. For most valuation metrics stocks have NEVER been more overvalued than they are today.

However, up until now the question has remained, “what will be the needle that bursts this bubble?”

We now know… once again, it’s in subprime lending, not in housing, but in auto-loans.

Auto-loan generation has gone absolutely vertical since 2009, rising an incredible 56% in seven years. Even more incredibly roughly 1/3 of this ~$450 billion in new loans are subprime AKA garbage. 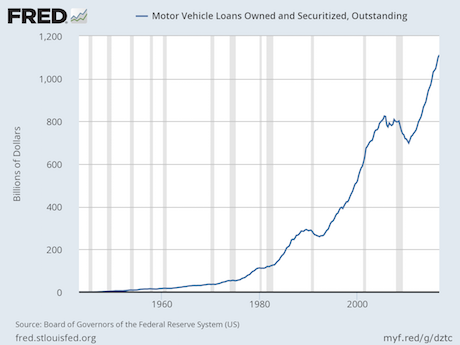 In the simplest of terms, this is Subprime 2.0… the tip of the $199 TRILLION debt iceberg, just as subprime mortgages were for the Housing Bubble.

I’ve been watching this industry for months now, waiting for the signal that it’s ready to explode.

Auto-sales have peaked and are now rolling over. Indeed, looking at the chart this is a virtual repeat of what happened in late 2007 right before the economy fell off a cliff and the stock market crashed 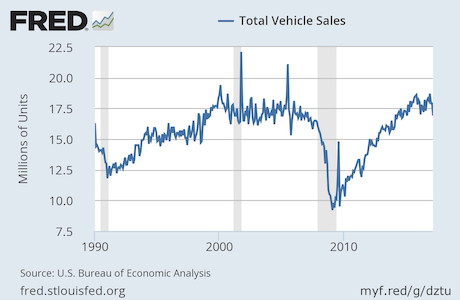 This is the signal I’ve been looking for. When auto-sales roll over, it shows the consumer is tapped out.

The fact that this is happening at a time when auto lenders are making subprime loans (meaning people aren’t buying even when they’re practically giving cars away ) means this industry has turned.

It’s now just a matter of time before the defaults start hitting. This could very well be the needle that bursts the Central Bank-fueled bubble created in the aftermath f the housing Crash.