Warning: Friday’s Tech Crash Could Be the Start of Something BAD

As we’ve noted time and again, this market is NOT healthy.

All told, just five companies have accounted for nearly HALF of the market’s gains in 2017. Most S&P 500 companies are in fact DOWN and some are DOWN quite a lot.

That’s actually the good news… because on Friday, the five companies that were driving the market (Apple, Amazon, Google, Facebook, and Microsoft) were a BLOODBATH. 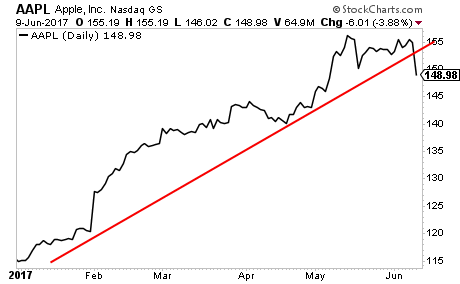 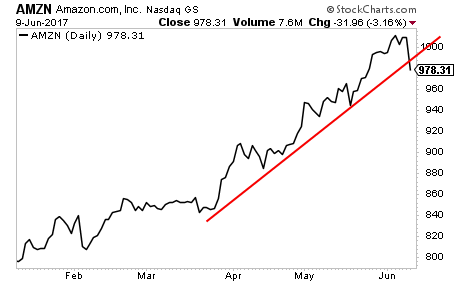 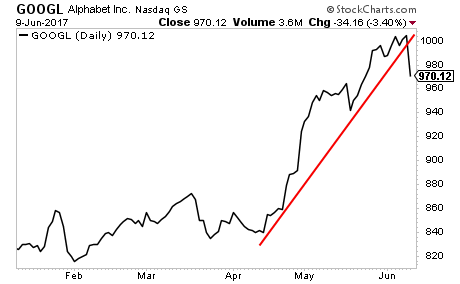 While Facebook and Microsoft are on the ledge of a cliff. 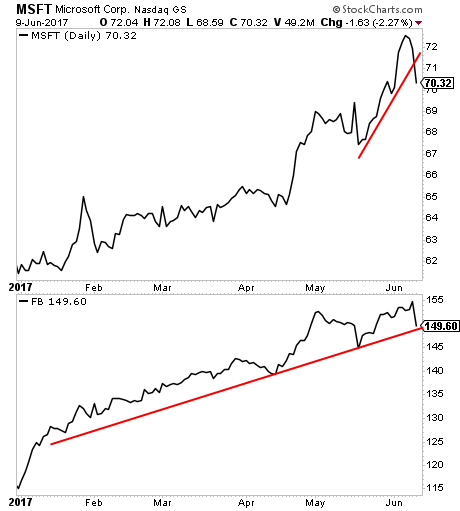 This is a MAJOR warning to the markets. When the big market leaders break down and erase months worth of gains in a single day, the momentum is gone.