Is the Fed About to Burst Its Third Bubble?

Is the Fed About to Burst Its Third Bubble? 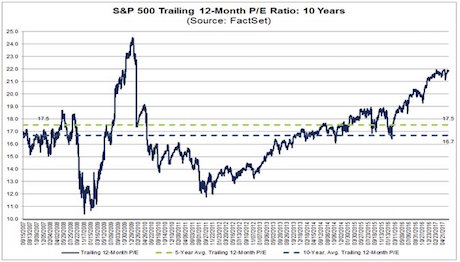 So the market is extremely overvalued today, even compared to a period in which it has been overvalued.

This begs the question… just what justifies these valuation?

It isn’t the US economy. GDP growth has been anemic for eight years and the current spate of data indicates the US economy is rolling over: the NY Fed forecasts 2017 GDP growth to be a measly 1.9%.

So the economy isn’t justifying the stock market trading at these levels.

But what about the Fed? If the Fed is juicing the markets, then stocks should be trading in the stratosphere due to the excess liquidity.

Well, the Fed isn’t providing liquidity right now. In fact, the Fed is both RAISING rates (making the cost of money more expensive in the system) AND withdrawing $10 billion in liquidity per month from the financial system (soon to be $20 billion per month in 4Q17).

So the economy doesn’t justify the stock market trading where it is… and the Fed is actively pulling liquidity from the system to stop risk-taking.

Is the Fed about to burst its third bubble? 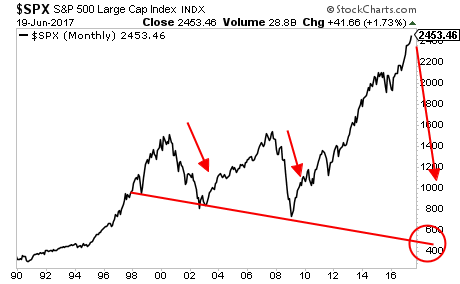 A Crash is coming.