Is the Tech Bloodbath is Finally Here?

Tech is ready to implode.

The NASDAQ ETF (QQQ) has broken its bull market trendline. Even worse, it has failed to reclaim this line despite a strong bounce. This is a MAJOR warning that the upwards momentum is gone.

The next leg down should be a doozy (the target is the red circle on the chart below). 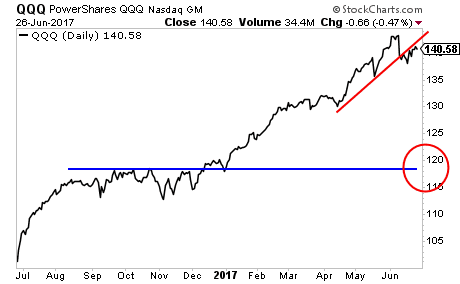 This is a BIG deal for the broader market as even the S&P 500 has seen most of its gain produced by large tech companies such as Apple, Amazon, and the like.

Put simply, if Tech goes… the ENTIRE market will go.

With that in mind, let’s take a look at the big Tech players.

Apple (AAPL): a bearish rising wedge pattern broken after a false breakout to the upside. The stage is set for a bearish reversal. 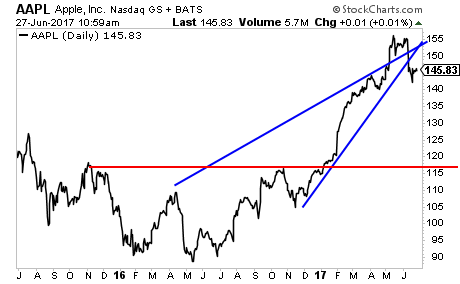 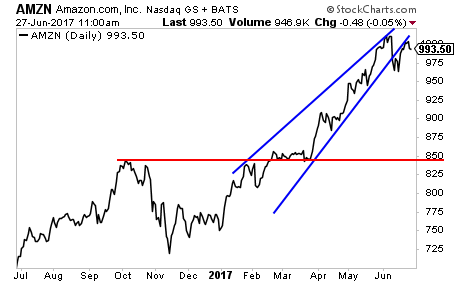 As well as Alphabet (GOOGL) 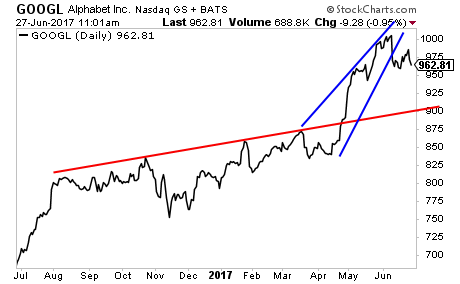 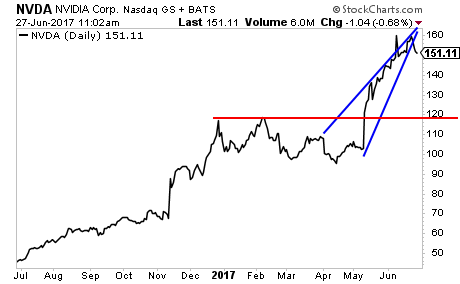 All four of these charts have massive “air pockets” from current levels down to support. This has the makings of a Tech Crash that will take 90% of investors to the cleaners.

But smart investors will use it to make literal fortunes from it.