The Last Time This Happened Was Spring 2008

Perhaps the single most accurate predictor of the economy has rolled over into recession territory.

GDP growth, unemployment data, ISM surveys… all of these can and are massaged by statisticians to create a rosier picture of the economy than reality. By way of example, we recently noted that 95% of all net job growth since 2008 was in fact created via an accounting gimmick. In reality, the jobs were never created at all.

Tax revenues, particularly corporate tax revenues, are very difficult to fake. Either the money came in the door, or it did not.

On that note, take a look at the chart below. 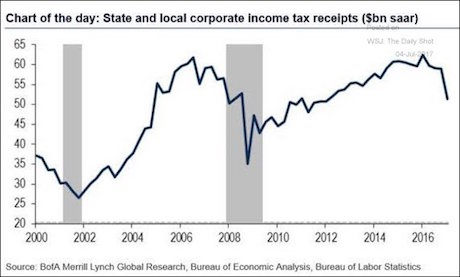 As you can see, state and local corporate tax revenues have rolled over in a massive way. If we were to analyze this chart like a stock, you’d see the “uptrend” of growth was completely broken.

Because it serves as a clear signal that the US economy is rolling over in a big way. Indeed, the last time we saw state and local corporate tax revenues roll over like this was in late 2007/ early 2008. 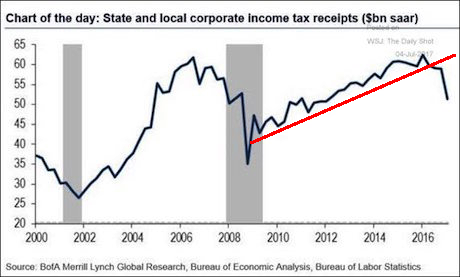 We all know what happened to stocks after that. The only difference between then and now is the 2017 stock market bubble is even larger. 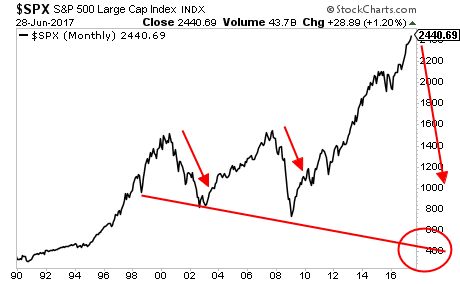