How to Position For a US Dollar Collapse

As we’ve been asserting, the drop in the $USD is the single most important development in the financial world today. The $USD has been dropping like a brick in 2017, and has now taken out critical support. 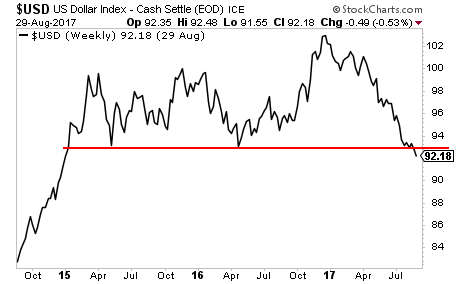 This doesn’t mean that the $USD will go straight down. In truth, we’re due for a small bounce… but the big picture for the greenback is UGLY. The long-term chart indicates we’re going to the mid-to low-80s in the next 12 months. 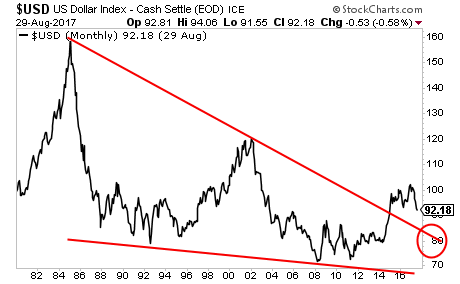