The US Dollar Collapse Is Igniting These Assets Around the Globe

The US Dollar collapse keeps driving the markets. 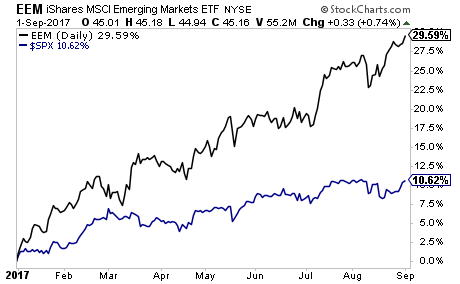 A big reason for this?

The US Dollar collapse. 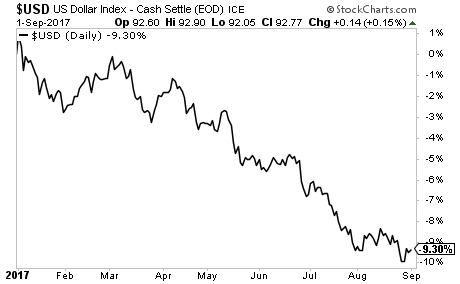 However, the implications of a US Dollar collapse extend far beyond Emerging Markets. Indeed, as we’ve noted, this is THE BIGGEST TREND OF 2017. And those investors who have taken note of it have already profited handsomely.

Indeed, the biggest money is made when you identify a major trend and get in early.

In early 2017, we forecast to our clients that the $USD would be collapsing this year. At that time the financial media was rife with “gurus” talking about how the $USD was going to roar higher. Indeed we repeatedly read that “2017 was going to be he year of the $USD.”

Since that time the $USD has dropped like a brick against every major world currency. 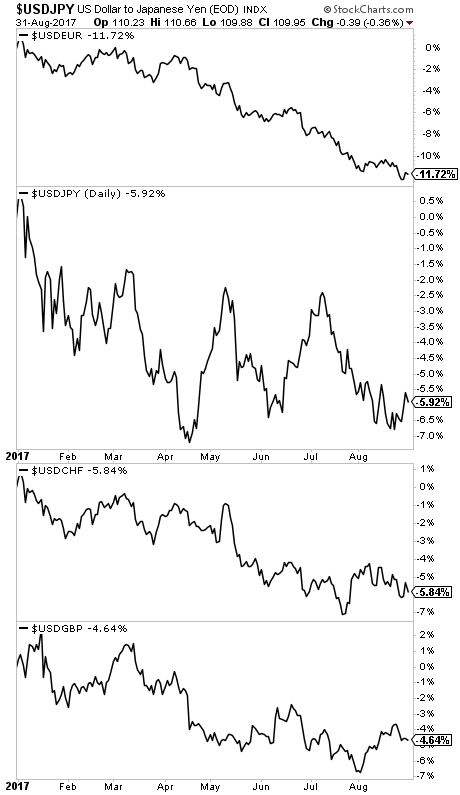 Smart investors will use this trend to make literal fortunes.