The Three Charts Every Stock Trader Needs to See This Week

Stocks have broken the bearish rising wedge formation that began in late-2016. 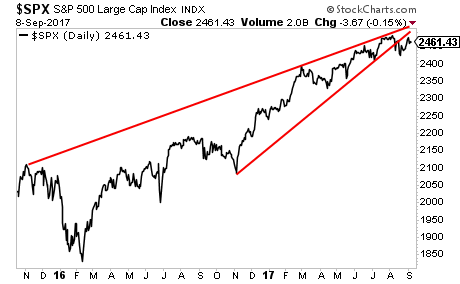 We might hold up here for a few more days, but there is now considerable risk to the downside.

Indeed, the Russell 2000, which usually leads the S&P 500, has already rolled over and has begun breaking down. This is a major warning for stocks.

The Russell 2000 should be roaring higher. It’s not. Instead it’s rolling over. 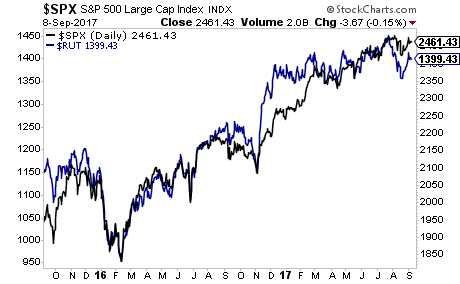 And given how much the market has been rigged just to keep stocks afloat, we have the makings of a SERIOUS drop. As in a collapse to 2,100 on the S&P 500 in a matter of sessions. 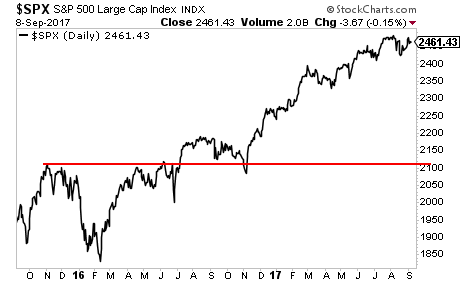