Back in January 2017, we predicted that 2017 would be a year of a $USD collapse. At that time it was obvious to us, plain as day, that the Trump administration would want a weak $USD in order to implement its economic policies.

We weren’t just saying this either, we were putting our money where our mouth was, moving our clients into numerous “weak $USD” plays. As a result of this, thus far in 2017, our clients have locked in 52 winners… out of 57 trades. That’s a success rate of 91.23%. 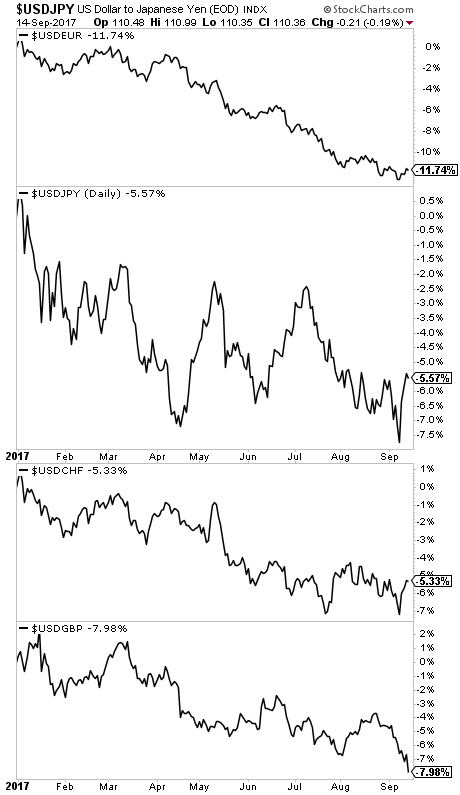 And this trend is nowhere near over. For those who still don’t believe that the $USD is heading DOWN, consider the yesterday’s quote from Trump’s TOP ECONOMICS GUY, Treasury Secretary, Steve Mnuchin.

In case you missed it, Mnuchin stated that Trump was “less concerned about inflation than economic growth.”

Put simply the Trump administration will let the economy run HOT in order to achieve its growth goals. This means the $USD is officially TOAST.

This is going to be like rocket fuel for inflation trades. Smart investors will use this trend to make literal fortunes.