The stock market bubble is now so massive that even Goldman Sachs is getting worried.

Let’s be clear here: Wall Street does best and makes the most money when stocks are roaring higher. So in order for a major Wall Street firm like Goldman to start openly worrying about whether or not the markets are going to crash, there has to be truly MASSIVE trouble brewing. 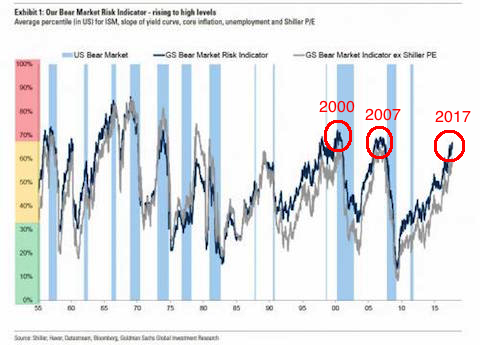 Our specially designed options service The Crisis Trader is already up 34% this year, and that’s BEFORE the Crash hits.

This is a major warning that a Crash is coming. And judging from the following chart, it’s going to make 2008 look like a picnic. 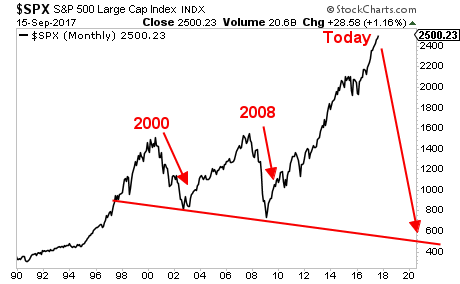 The time to prepare is NOW before the bloodbath begins.