The yield on the 10-Year US Treasury continues to soar, with a confirmed breakout from its 10-year downtrend. 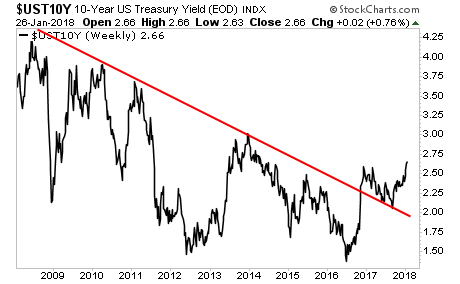 It matters because throughout this time period, corporates and governments were adding debt.

Corporations added $2.3 trillion in debt during this time period: an amount equal to the GDP of the United Kingdom.

At the same time, OECD Central Government Marketable debt rose from $28 trillion to $42 trillion: roughly $12 trillion or an amount slightly larger than the GDP of China.

All of this was issued throughout this period based on the assumption of low interest rates.

The other issue is that while rates have been at this level before… every single time they moved lower soon after.

Take a look at that chart again… The momentum is now clearly UP, not down. 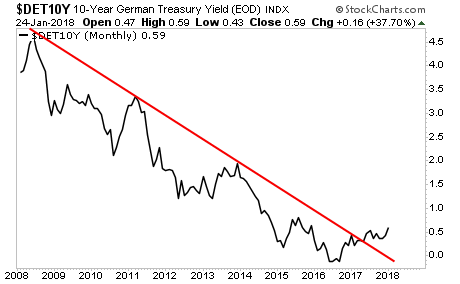 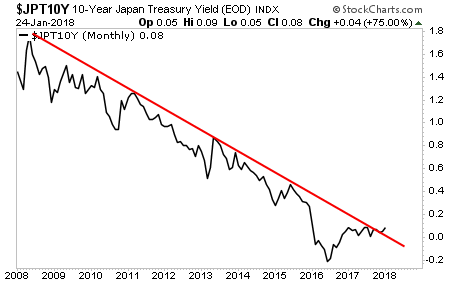 Globally the world has added over $15 trillion in debt since 2009… and all of this was based on interest rates that were close to or even below ZERO.

All of this is at risk of blowing up as rates continue to rise. The time to prepare for this is NOW before things blow up.