The Dead Cat Bounce is Over

The Fed is “letting the stock market go.”

As I’ve outlined multiple times, if the Fed has to choose between supporting the bond bubble or supporting stocks, it will choose bonds Every. Single. Time.

The fact is that in a debt-saturated world such as the one we live in today, if stocks collapse, investors and Wall Street get angry. If bonds collapse, entire countries go bust.

This is Bill Dudley talking… the guy who was pushing for more QE non-stop and who routinely appeared to verbally “prop up” the markets anytime they took a nose-dive from 2008-2016.

And now he’s calling last week’s sell-off “small potatoes.” And he’s ALSO saying that the Fed believes the markets could dive without impacting the economy in any significant way.

This means the bounce in stocks is on “borrowed time.” The time to prepare for the next drop is NOW before it hits. 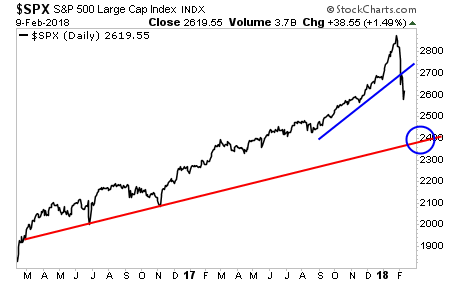