The insanity of Central Bankers knows no bounds.

The latest indication of just how far “down the rabbit hole” the financial world has gone comes from Japan where it was announced that the Bank of Japan bought 75% of Japanese Government Debt issuance in FY17.

That is not a typo. Japan’s Central Bank bought $3 out of every $4 in debt Japan issued in fiscal year 2017. And it now owns 40% of Japan’s total debt outstanding.

There’s an expression for this kind of investment behavior: it’s called “cornering the market.” 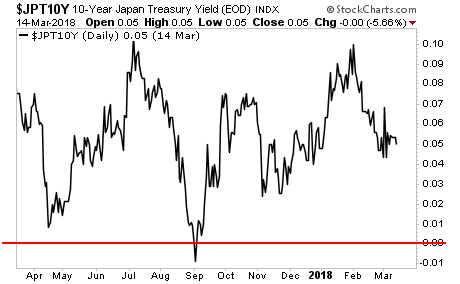 Japan is not alone here. Globally bond yields are rising in most of the major debt markets including Germany, the UK, and the US. 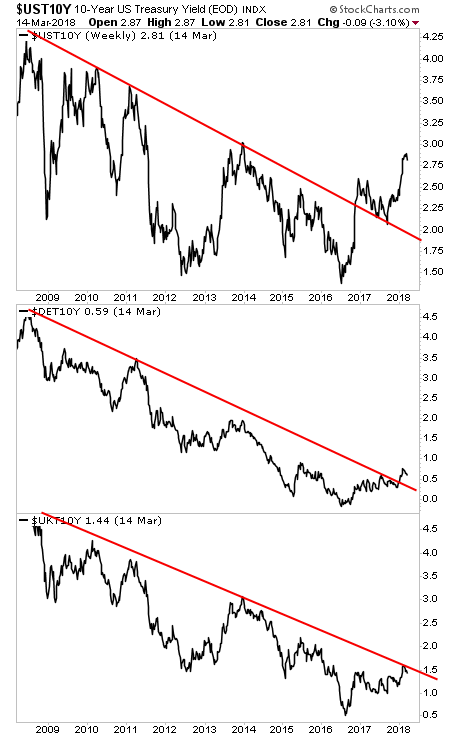 Put another way, despite spending over $14 TRILLION trying to corner the bond markets, Central Banks are STILL beginning to lose control. The Everything Bubble is beginning to burst.