Our Next Major Market Prediction is Out Now

Time for a pullback.

As a brief refresher on our track record thus far in 2018, in February and early March when the S&P 500 was at 2770, we warned that stocks would revisit the lows. 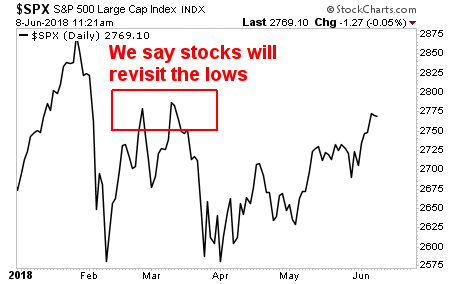 Then in late March/ early April when the S&P 500 was at 2,600, we said the bottom was in and that we would soon breakout to the upside. 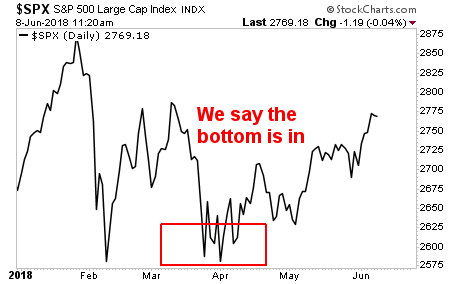 We’re now calling for a correction. Nothing goes straight up or straight down in the markets, and stocks are EXTREMELY overbought today. The pullback is to a target zone around 2,700. 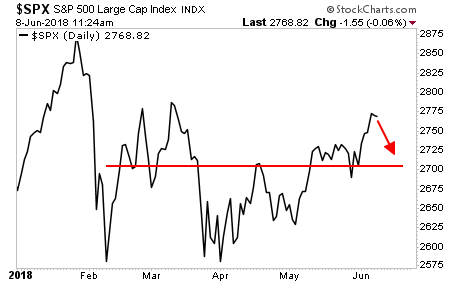 This is needed to change sentiment around. Once we start seeing the permabears and doom/gloom crowd out claiming that “the next collapse is here” it’ll be time to go long again in preparation for the final run to new highs (3,000 on the S&P 500).

The financial media will find some “story” to justify this move. It’ll probably be something like “emerging market currencies are imploding” or “the G7 meeting was a disaster and President Trump is now isolated” but the reality is that the market is simply overbought and needs to shake out the “hot money”/ momentum players.

Once this move is over, we will crash up in a blow off top as inflation rips through the financial system.

This is the “White Swan” I’ve been forecasting since end of March 2018. It will mark THE blow-off top for the markets. Yes, I mean THE top will be in for years to come.