Fed Watch: Will We Get a Dove or a Hawk?

The Fed meets today, and whatever happens will be a BIG “tell” for the rest of the year.

On the one hand, inflation is clearly seeping fully into the financial system. Even the ridiculously massaged CPI measure of inflation shows it is close to 3%.

This would suggest the Fed would move aggressively to hike rates to curb inflation. 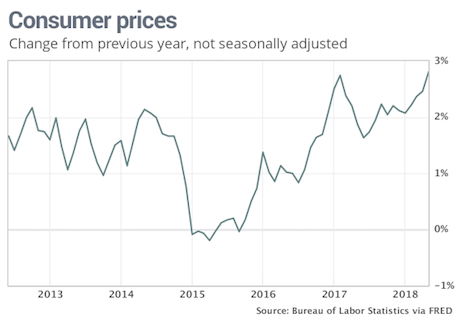 On the other hand, the Fed has already hiked rates TWICE in the last six months while withdrawing $116 billion liquidity via its QT operations. And even this has resulted in a crisis brewing in the emerging market space with emerging market currencies imploding against the $USD.

This would suggest the Fed will start “walking back” its hawkishness as the last FOMC minutes would suggest… with fewer rates hikes this year and possibly slowing the pace of its QT program.

Our money is on the latter option.

The Fed ready admitted its open to an “inflationary overshoot.” Given how guarded the Fed typically is concerning real risks to the financial system (remember the “subprime is contained” gaffe in 2007?) this suggests the Fed is well aware inflation is going to be a REAL problem.

The $USD seems to be “sensing this” as it is struggling at major resistance for most major currency pairs. 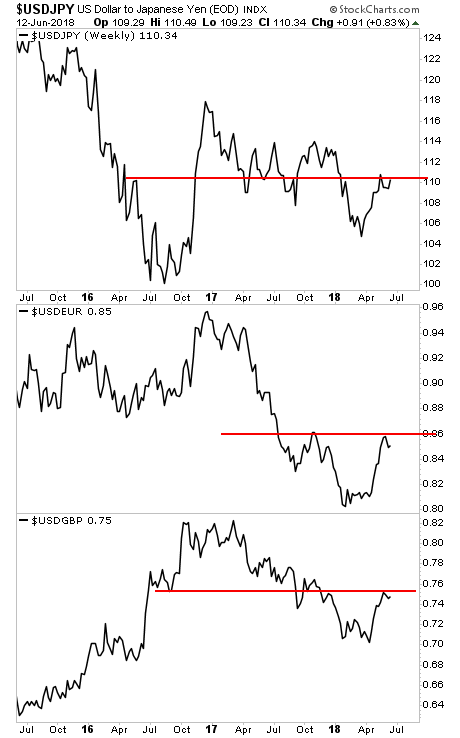 Put simply, we believe the Fed will choose inflation over a deflationary crisis in the emerging market space.On that note, we just published a Special Investment Report concerning FIVE secret investments you can use to make inflation pay you as it rips through the financial system in the months ahead.

On that note, we recently published a special investment report on how to profit from inflation. The report is titled Survive the Inflationary Storm. And it explains in very simply terms how to make inflation PAY YOU.