Four Incredible Charts That Predict a Systemic Shift For the Markets

More and more it looks like a major turn is at hand in the markets.

That turn concerns the US Dollar.

The greenback peaked three weeks ago. It has since taken out support (red line), undoing the entire breakout move. It’s not on the verge of taking out its bullish trendline (blue line). 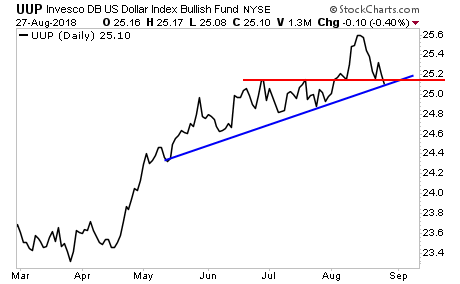 This, in of itself, is significant. However, what’s REALLY a big deal is to see the US Dollar staging similarly bearish developments against every major currency pair.

The $USD: Yen pair peaked back in July. It has since taken out its bullish trendline (blue line). Today it is right at support (red line). 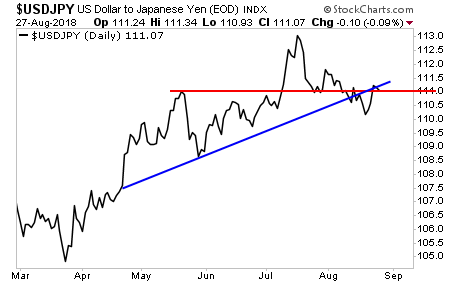 It’s a similar story with $USD: Swiss Franc pair, though in this case, the top came back in May. This pair has already taken out its bullish trendline (blue line) and is just clinging to critical support (red line). 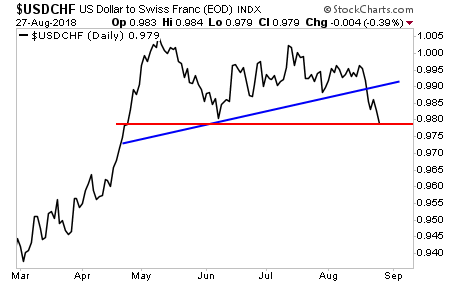 And finally, the $USD: British Pound. Here again it looks like the top is in. This pair is right at support (red line). Once this breaks, there’s a major air pocket down to the bullish trendline (blue line). 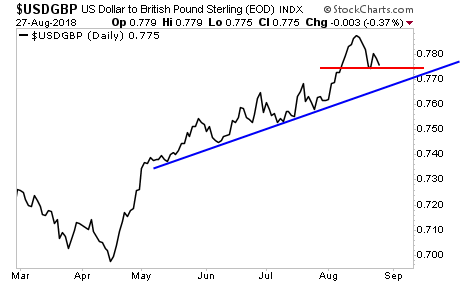 Just one of these charts would be a warning. But taken together, ALL of them suggest the financial system is shifting to a “weak $USD” environment.

We made 99 copies available to the public.

There are currently just 9 left.